Well, the 24 Hour Film Race screening went off without a hitch yesterday. To be honest, I was worried with all these G20 nonsense, I wouldn’t be able to get to the screening on time, but the roads were clear as day. It appears that people are either staying home or have left the city all together. 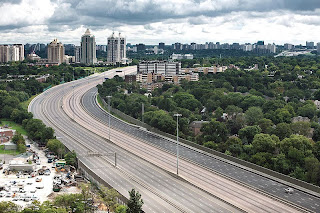 The audience seemed to be receptive to our short – always a good thing – even though it was the last in a series of twenty-two to hit the screen. Afterwards, Darrin, Harmonie & I went over to a nearby pub and mingled for a bit before the organizers handed out the audience awards.

Our short J Plus K came third! The winner was a very funny short called Besties, by an improv troupe of four dudes who I’d seen before. Their winning 2008 24-hour short Bum Rush actually played at Toronto After Dark a few years back. I was kind of bummed that an entry shot at Springridge Farm featuring a guy in a giant strawberry suit didn’t place, but what can you do. 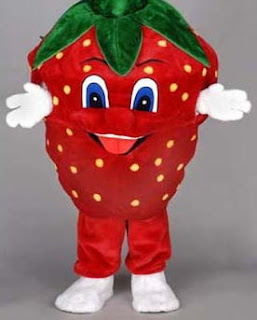 So, a few weeks from now, the top five shorts will be announced on the Film Racing website. I’m feeling good about our chances!
Posted by Jay Clarke at 10:09 AM

Looks like the DVP is being cleared for the annual nude bikeathon for prevention of cruelty to animals.