I'm up a little earlier today, as I've got to get into town for a meeting in the afternoon. I've got some meaty things to talk about today, so let's go.

These Dead Are Made For Walking.

So, since I last talked about it, there's been a lot of progress on the upcoming TV adaptation of Robert Kirkman's epic zombie comic The Walking Dead. At this point, most of the major players have been cast, so let's go down the list. 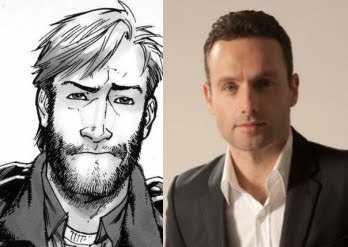 I have to say I'm glad they went with a relative unknown, as I was never really happy about the rumour it was gonna be Jonny Lee Miller. Lincoln to me is a blank page who, up to this point, is basically only the guy who did THIS in Love Actually. 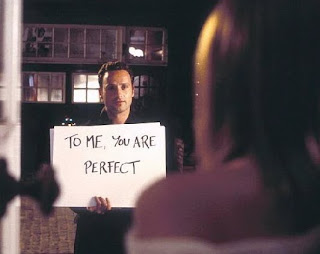 Now, obviously if he's a good actor, having been a well known character previously wouldn't have mattered - like Michael C. Hall's Dexter and David Duchovny's Hank Moody have made us forget about them as David Fisher and Fox Mulder respectively - but it certainly makes things easier for the audience having a fresh face to play the extremely complex character of Rick. 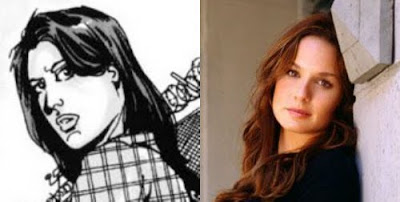 Since I never watched Prison Break (it always seemed like Oz-lite to me) I have no knowledge of Callies. From her pictures, she sure looks like Lori though. I willing to give her the benefit of the doubt.

Though I love Laurie Holden, when I first heard she was cast as Andrea, I was a little surprised. I always pictured Andrea as being in her mid-to-late twenties, which Holden may have been when she was playing Marita Coverubius on X-Files, but certainly not now. I guess the increase in the character's age doesn't make too much of a difference, I was just initially shocked, that's all. I must admit, envisioning Holden with a sniper rifle is pretty badass. 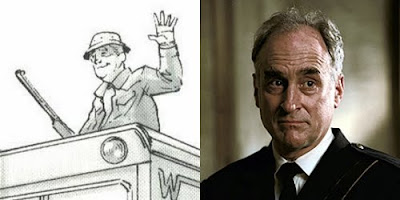 Although, he's not as heavy as Dale is in the comic, DeMunn is a good choice. If there is indeed some Darabont nepitism going on here (DeMunn & Holden were both in Darabont's last project The Mist), then we are fortunate that he always works with great actors. 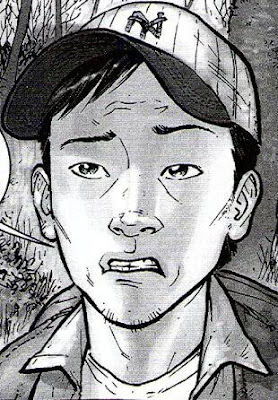 This guy's so green, I couldn't even find his picture to put up here. As much as I would have loved to have seen Ken Leung (Miles from Lost) play Glenn, he probably is a bit old for the part. What a break for Yeun. I hope he doesn't mind shaving his head!

As many characters that have been cast, there are several of great importance that still need to be made flesh, like Tyrese, Michonne and The Governor. Depending on how far along they are planning to go with the first season, they may not have to make those decisions until later though.

So in addition to casting, there has also been other stuff coming out this week. Having KNB EFX to do the zombie effects is awesome, and here is the first pic released of what they have in mind. 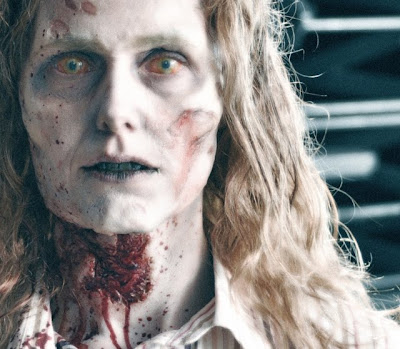 And now onto the promo, where Frank Darabont & Gale Ann Hurd discuss what drew them to the project and what they want to accomplish by bringing The Walking Dead to the small screen.

I'm officially stoked. See you all in October.

Jason Bene over at Killerfilm put up another great installment Late Night Classics this week. This time around he spoke with writer and director C. Courtney Joyner about his time working on the 1988 horror flick Prison. Here's a snip.

Jason Bene: Irwin Yablans had already produced the hits Halloween and Hell Night, and then decided to do this horror film set in a prison. How did you get brought on the team as one of the writers?

C. Courtney Joyner: Mike Vargas was a friend of mine from college and his father had actually been one of the investors in Hell Night. Mike went to USC with me and Jeff [Burr]. After we got out of college he actually asked me to work on a treatment for a futuristic prison story. He was then working for Irwin Yablans as an intern because his dad was still thinking about investing in movies. Irwin had started a new company called Voyager and Mike recommended me. I had written a spec script that I tried to sell with Jeff as director. It was called The Nightcrawlers, which was a kind of animalistic vampires in the sewers of Los Angeles kind of a thing. They read that and asked me to come in and see about writing the movie.

Jason Bene: How much of the horror elements in Prison is stuff that you brought to the table?

C. Courtney Joyner: One hundred percent. The thing was Irwin had the idea of doing a horror movie set in a penitentiary when he was over at Lorimar Productions. He was over there at that company and they had a deal with MGM. He actually had a script developed which he gave me to read, which I believe was at the time was called Horror in the Big House. I thought that was kind of a throwback to Chester Morrison and Bart McLean. Whoever the writer was, he was a big television guy, had taken the idea of Halloween in a penitentiary to the super extreme because he wrote a script about a maniac with a knife in a prison. I was like, “Irwin, the problem here is everyone in a penitentiary has a shiv, what are these guys afraid of”? This has to be supernatural. Poltergeist had just come out and kind of reinvigorated the idea of haunted house movies and ghosts and supernatural things. A movie that had taken us away from the Friday the 13th maniac, Don’t Look in the House route. I said “no, we’ve got to go supernatural”, and that was kind of the start of the whole thing.

Cory has begun his yearly Zombie Movie Marathon over at

I really have to admire his gumption to write one review a day - for anything, let alone zombie flicks - for an entire month. So far, he's put up some thoughts on films such as the original NOTLD, the micro-budget flick Colin & [REC]2. He's really dipping into the well for some of the titles this time around, but I can't wait to hear his thoughts on Dead & Breakfast, The House By The Cemetary and Deathdream. My favourite thing though, is that he's trying to put up a zombie short each day, as well. I see a lot of shorts at festivals and such and they often disappear, so it's great that Cory is giving them some exposure. To keep up with the festivities, go here. And who knows, maybe I might be able to slip in one or two here over the next few weeks.

Thanks for the press, Jay! To be completely accurate, I do reaction pieces each day, not reviews. Pretty much the same, but reaction pieces are a little looser and free form than my reviews. Also frequently more fun...

Happy to have you join me for any of the fine films, make sure you tell me if you do so I can link back to you.

Regardless, you post SOMETHING daily, and that's a massive feat.

And for sure I'll let you know if I end up posting anything. It will be off-book though, likely the recent French action/horror hybrid The Horde.