I'm off to Cambridge today to hopefully snag something of interest from the little video shops in and around the area, but before I go here's some news from the week.
A Close Call.
The most pressing bit of news this week, was learning of Clive Barker's recent health woes. After going into toxic shock following some recent dental work, he slipped into a coma for several days. Here below is a statement from Barker's Twitter feed compiled by Famous Monsters of Filmland. 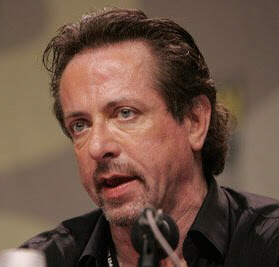 “My friends, Clive here. I’m at home now after a while in hospital, thanks to a nearly fatal case of Toxic Shock brought on by a visit to my dentist. Apparently this is not uncommon. In my case the dental work unloaded such a spillage of poisonous bacteria into my blood that my whole system crashed, putting me into a coma.I spent several days in Intensive Care, with a machine breathing for me. Later, my Doctors said that they had not anticipated a happy ending until I started to fight, repeatedly pulling out the tubes that I was constantly gagging on. After a few days of nightmarish delusions I woke up to my life again, tired, twenty pounds lighter, but happy to be back from a very dark place. And here in the world I intend to stay. I’ve books to write ,films to make and paintings to paint. I seem to have come home with my sight clearer somehow, and my sense of purpose intensified.Thank you all for your messages your prayers and love. What better reason to wake to life than knowing I have such friends? Again,thank you. My love to you always. Clive.”
This is crazy! I always thought that stuff about bacteria was just a scare tactic my dentist used to get me to floss. I had no idea this shit actually happens! I'm so glad that Barker pulled through, as that would've been a crushing blow. I wish him a speedy recovery!
Boo!
A cool little article popped up in my Facebook feed this week, via my gal pal Serena Whitney. CyberGhostface listed their Top Ten Truly Terrifying Horror Movie Jump Scares, and yeah, there are some doozies on it. Click on the image below, to check them out. 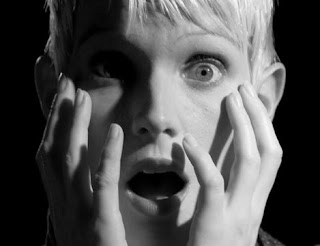 My favourite ones from the list are The Thing, The Exorcist III and Jaws, although I would have likely included something from Texas Chainsaw, Alien and to represent the new guard, [REC].
On The Menu.

Jim Mickle, director of the fantastic indie horror flicks Mulberry Street and Stake Land is planning a remake of the 2010 Mexican cannibal film We Are What We Are. Remake blah-say aside, I think this project is a very good fit for Mickle. What We Are is a very character heavy piece and anyone who has seen Mickle's work knows that is where he excels. This could work, particularly if Mickle adds some of himself to the story, much like what Scott Reeves did with his version of Let The Right One In. Click here for the actual announcement from Twitch.
Posted by Jay Clarke at 10:00 AM