A name that kept popping up in movie credits during my childhood was Debra Hill. Halloween was the first horror series that I obsessed over as a youngster, and as the eighties began, her name became synonomous with that of John Carpenter's.
Born in Haddonfield, NJ – we all know the significance that played in later creative endevours – Hill found her calling after high school, and worked her way up the filmmaking ranks during the seventies, despite being talked down to because of her gender. She got her start as a script supervisor on such films as Goodbye Norma Jean, Satan's Cheerleaders and Assault on Precinct 13. The latter was the first time she worked with her eventual long-time collaborator Carpenter. 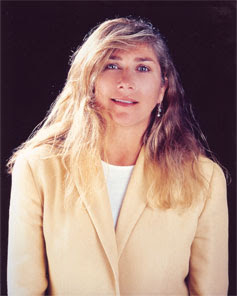 Producer & Screenwriter Debra Hill
Their next project together, Halloween, would change the face of horror. After co-writing the screenplay (among many other jobs) for the 1978 masterpiece, she worked on several other significant horror films over the next decade, including The Fog and The Dead Zone. Hill's biggest contribution to the film industry was as a producer. Her credits include eighties classics like Adventures In Babysitting, Clue and the Oscar nominated The Fisher King in 1991.
Sadly, Hill succumbed to cancer in 2005, but was still working, right up until her death, on Oliver Stone's World Trade Center. In 2003, at a Women In Film where Hill was being honoured, she was quoted as saying,
“I hope some day there won't be a need for Women in Film. That it will be People in Film. That it will be equal pay, equal rights and equal job opportunities for everybody.”
Truly inspirational words from one whose determination allowed to her to become one of the most powerful producers in Hollywood.
Posted by Jay Clarke at 10:01 AM