Brian Yuzna in the Flesh!

Last Tuesday was sensational because I got to meet horror maestro Brian Yuzna who The Royal Cinema has managed to corral for their screening of his film Society. I was getting another beer during the show and he was just sitting at concessions hanging out. I introduced myself and he told me I reminded him of Jeffrey Combs. It was pretty awesome. 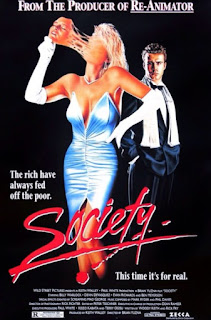 Anyway, after the film, there was a lengthy Q&A moderated by Royal programmer Richelle Charkot which you can listen to below. My apologies for the audio, I made the mistake of putting the recorder in my shirt pocket. Enjoy!