As with previous years, I am wrapping up my Fantasia coverage with a rundown of the best shorts I saw while at the fest. This year was particularly strong and I wish I could have seen all of them, instead of just a sampling. Fortunately, I was there for not one, but two short programmes (Small Gauge Trauma & Born of Woman) so I did get the catch more than usual.


I saw a pair of creepers that really impressed me this year in Nico Van den Brink's Sweet Tooth and Adam O'Brien's Banshee. The former was super tight, had a brilliant setup and utilized some chilling beats involving technology. Banshee had some awesome effects and a conclusion where I was actually glad it went on after I thought it had ended. Scary shorts are the hardest to pull off and both these guys did some great work. 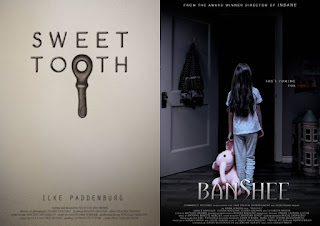 A short I saw a few months ago and was glad to see play here was Amelia Moses' Undress Me. With its university coming-of-age backdrop, it reminded me of Julia Ducournau's Raw and its university, only leaning more toward body horror than cannibalism. It ended rather abruptly (Moses revealed at the screening she only had ten minutes to get the last shot), but I think she got her point across. 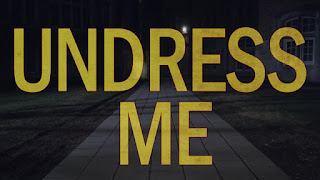 A couple of films that featured great performances from young leads were Andrea Naida's Home Education and William Boodell's Born of Sin. Naida's piece takes the title's idea to the next level and, whether intentional or not, becomes a comment on the dangers of ignorance. Born of Sin took the mundane situation of a child waiting for their neglectful parent and turned it into something darkly whimsical.


On the animation side of things, there was the pitch black awesomeness of Marc Riba & Anna Solanas' Dead Horses. I loved the little creative touches in the stop-motion, like the shimmering of the boy's eyes and the look of the explosions. This was one that stuck with me. 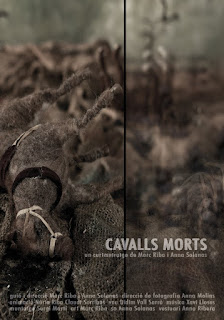 Short films often offer glimpses into worlds that would make interesting features, as was the case with Santiago C. Tapia & Jessica Curtright's It Began Without Warning. Its Who Can Kill A Child? vibe packed a lot of madness into six minutes.


Lastly, my favourite short film of my trip was definitely Natalie Erika James' Creswick. It had pitch perfect tone, great performances and the best use of sound design I've seen in ages. Toward the end, there was a sequence in a workshed that was just terrific. Hopefully, you will get to catch this - and all those aforementioned - at a festival near you, or at least eventually online. 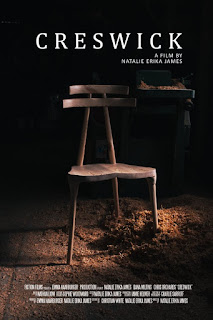 So, that's another year in Ol' Montreal done. Hope you have earmarked some of the titles I wrote about for future reference, as there were some corkers. I'll be taking a little break, but see you back here next week.
Posted by Jay Clarke at 10:00 AM