It was Saturday night at the Opera. The Bloor Cinema I mean. It was filled, and I mean FILLED with a lively crowd awaiting the Toronto Premiere of Darren Bousman’s Repo! The Genetic Opera. 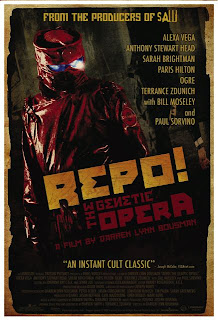 It is the future. The most powerful company in the world the genetic organ replacement empire GeneCo. They will sell you anything you need to extend your life on credit, but you better not skip out on the bill. Otherwise, they will send the Repoman to collect!

So, what to say about Repo! Well, it wasn’t the train wreck that some people had led me to believe, but I still didn’t think much of it. I have to give props to the production design and the overall look of the film though. The choice of using comic panels to convey character flashbacks was a unique one, but it did get a little tiresome after the fourth or fifth time.

The cast and their singing voices range from the excellent Sarah Brightman – the only parts I really liked were when she was onscreen – to the downright poor Bill Moseley. I know all you Paris-haters out there would like to hear that she was terrible, but the truth is she is not in the ‘cons’ column of this production. Her performance (basically playing a possible futuristic version of herself) is actually pretty solid. And Nivek Ogre (of Skinny Puppy fame) isn’t in it as much as I’d have liked either. Lastly, I’d like to make special mention of Tony Head (Giles from TV’s Buffy) for his portrayal of the Repoman. Even though some of the material he was given was not good, he gave it his all anyway, like a true pro. 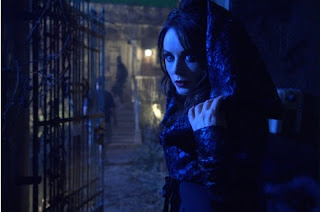 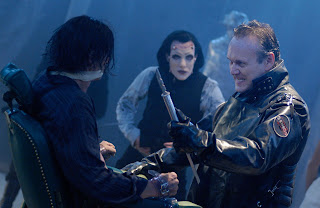 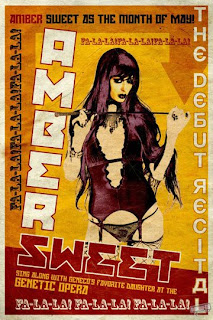 I would have preferred if there were actual dialogue scenes between the musical numbers, instead of the little sing-songy exchanges that happened to forward the story because they seemed awkward and sometimes even boring. During the first half of the movie, I couldn’t help feeling that Repo! was just a bunch of music videos clumsily strung together, more than a rock opera. You ever seen Phantom Of The Paradise? Now THAT’S a rock opera!

So, my verdict on Repo! is that, for the most part, it fell flat for me. Judging from the sold out crowd and the enthusiastic fans that stayed for the Q&A, the movie obviously has a audience; I’m just not it. I’ll give writer Terrance Zdunich and Bousman full credit for having the cajones to attempt it though. I know the suits probably looked at them like they had three heads when they originally presented it to them.
Posted by Jay Clarke at 1:35 PM