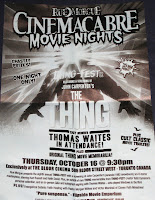 For as long as there have been movies, there have been movie fans. They come in all shapes and sizes, some loving the medium as a whole and some honing in on a particular genre (I can relate). Then, there are those that focus almost all of their affection onto one single title. London, Ontario’s Todd Cameron falls into that last category. From an early age, he has been consumed with an undying appreciation for John Carpenter’s 1982 masterpiece The Thing. Over the past few decades, he has amassed an impressive collection of Thing memorabilia and even started an annual event in his hometown called Thing-Fest. This year (its eighth), he brought it to Toronto, with the help of Rue Morgue Magazine – who interviewed Cameron for their Thing 25th Anniversary issue last year – for a special screening at The Bloor.

I of course, couldn’t miss out on this. I am in complete agreement with Todd’s adoration of the film. It rightly deserves its place in The Fearsome Fifteen and it could be argued that The Thing is Carpenter’s greatest achievement. It also has the distinction – one that few of its eighties peers can attest to – of holding up beautifully. Rob Bottin’s legendary creature effects still leave me as awestruck as they did my nine-year-old self. The Bloor’s upstairs lobby was transformed into a makeshift museum as Cameron brought along some of his collection. Check it out. 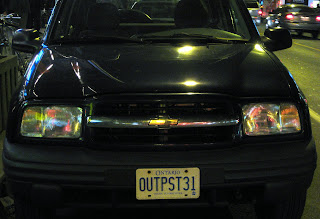 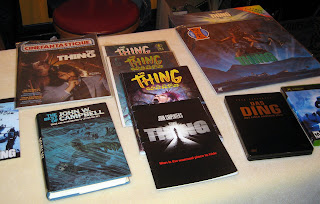 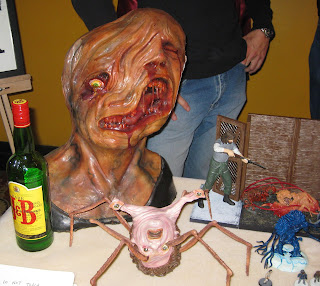 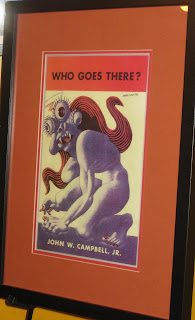 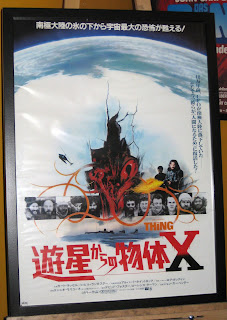 MC Dave Alexander asked for a show of hands from those who had yet to see The Thing and the number surprised me. I almost envy them. I’d love to be able to watch The Thing for the first time again. Rue Morgue had also lined up a special guest for the night’s proceedings – Thing cast member Thomas Waites, who played Windows. He stuck around after the screening for one of the best Q&A’s I’ve seen in a while. He was full of stories, including how he left a successful off-Broadway play with Al Pacino to shoot the film, the great camaraderie between the ensemble cast and the disappointment when the movie failed at the box office (mainly because E.T. came out that same year and the masses weren’t interested in aliens that weren’t cute and cuddly). Waites also had nothing but praise for John Carpenter, saying “He just always knew what he wanted." 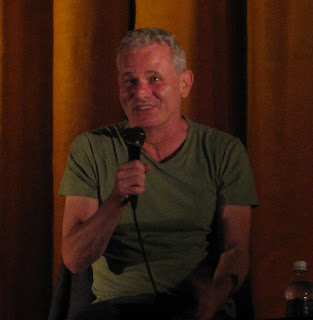 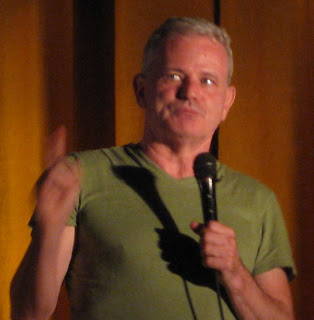 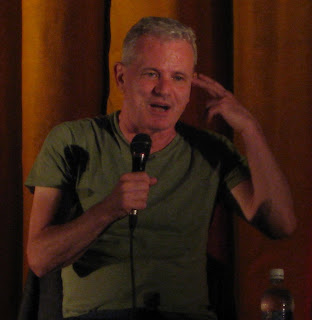 Having also been to the Bloor’s Texas Chainsaw Massacre event back in August, I could really get used to these special screening of classic films. It’s just so bone-chillingly awesome to be able to see these seminal works shown how they were originally intended. What a fantastic night!
Posted by Jay Clarke at 10:01 AM