It was a crazy week at After Dark this year, but unfortunately all good things must come to an end. The closing night film was an odd curiosity called I Sell The Dead. This was only the movie’s second public screening (the first was at Sitges), so it’s not surprising I hadn’t heard of it before it was announced for After Dark. 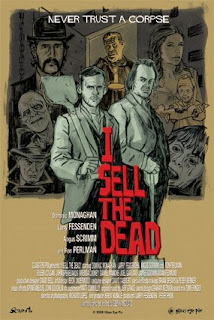 The night before his execution, grave robber Arthur Blake (Dominic Monaghan) tells his life story to a priest (Ron Perlman), who has come to give him his last rites.

I liked I Sell The Dead. I’ll refrain from using the word ‘cute’ to describe it, as that was the term I heard coming out of people’s mouths all that night in regards to it. In my book, cute is a term reserved for Gremlins and E.T.

The low budget underpinnings of I Sell The Dead are easily overcome through strong performances, good storytelling and solid production design. I believed I was in this world and that’s really all you can ask for. I Sell The Dead also scores points with me for having a really cool and fulfilling conclusion. The sound mix was a little difficult to decipher at points, but that could have been due to the venue, which I’m sad to say had several different playback problems this past week.

I Sell The Dead felt like an elongated Tales From The Crypt episode (by no means a knock) as Arthur Blake regaled the priest with his exploits. His world was filled with all sorts of colourful characters. I got the feeling that there were a few more movies worth of material that could be told and, to be honest, I would watch them. I wouldn’t call I Sell The Dead cute, but the words amusing and charming do come to mind. 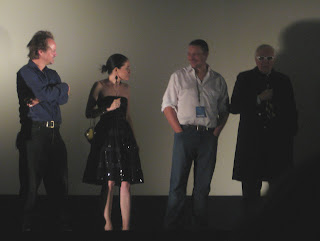 The cast and crew of I Sell The Dead. 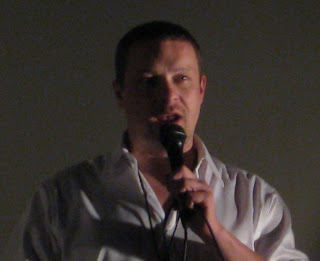 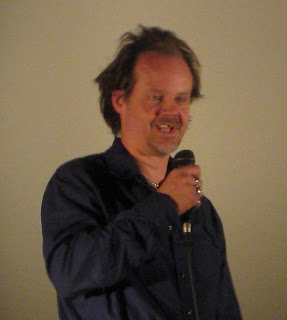 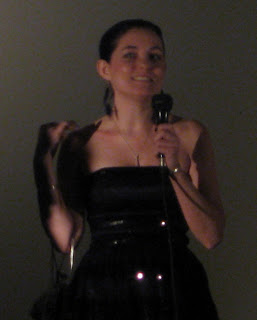 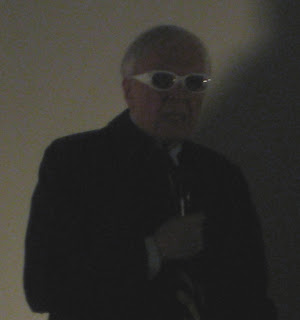 After the film and Q&A, we filed over to the Bovine Sex Club for the closing night party, which was capped off by a wicked performance by Orco Muto (fronted by the great Maurizio Guarini of Goblin fame). I didn’t even know they were going to be there until the unmistakable themes from Suspiria, Tenebrae and Deep Red started booming from the front of the club.

It was a great night and Adam Lopez, Todd Brown and Peter Kuplowsky should be proud of themselves for what they have accomplished here. The festival is growing exponentially, as anyone can see from the four sellout shows, zombie hordes and countless press that were in evidence at Bloor & Bathurst this last week. Can’t wait for 2009!
Posted by Jay Clarke at 12:33 PM

Definitely looking forward to this one. But tell me -- are there zombies (not necessarily classic zombies, I take a broad view) in it or not?

If I remember correctly there are several different creatures in the movie, some vamps and at least one zombie.