Bring Back The Anthology!

After watching Fear(s) of the Dark last week, a question dawned on me. How come nobody makes horror anthologies anymore? In the eighties and early nineties they were abundant, but nowadays they are almost non-existent. Sure, Asian cinema is keeping the trend alive with the 3 Extremes flicks and last year’s 4bia, but over here? Not so much. I would imagine bankability has something to do with it. Creepshow 3 dropped silently on DVD in 2007 with a lot less fan fare than you would expect and Trapped Ashes (an anthology featuring notable genre directors Sean Cunningham, Joe Dante and Ken Russell) pretty much disappeared after it premiered here at Midnight Madness in 2006.

For this week’s Coverbox Wednesday, I celebrate the horror anthology. 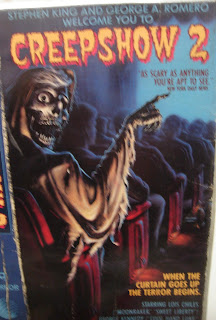 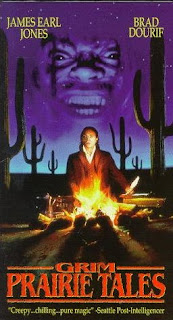 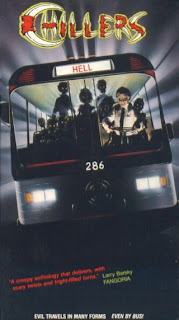 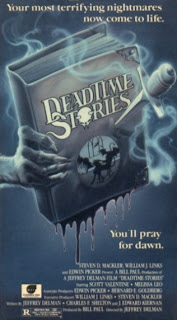 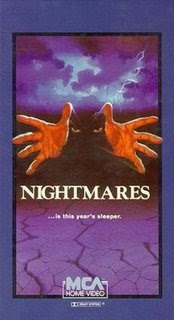 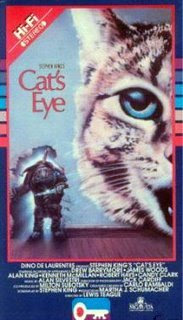 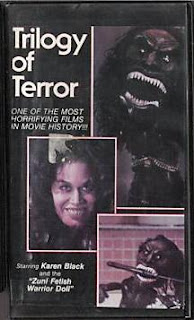 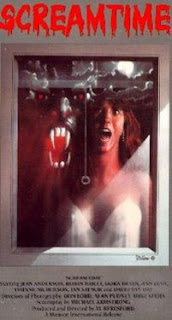 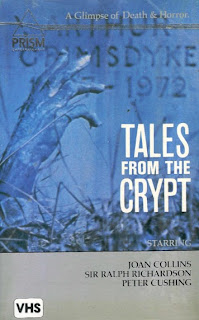 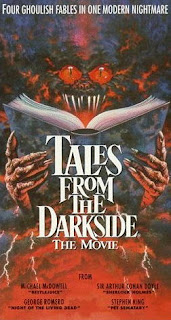 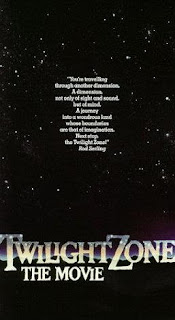 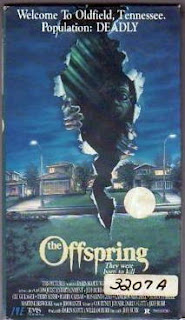 I believe that George Romero has a new Deadtime Stories on the go, so hopefully that will kick start things for a new generation of horror fans. Until then, I guess we’ll have to keep dipping into the archives for bite-sized morsels of terror.

Excuse me Mr. Clarke, but WHERE is Tales From the Hood? ;)

A valid question, but TFTH came out on video long after I'd left ye olde store.

Hi Jay. I thought I would let you know that I nominated your blog for the Premio Dardos Award. If you would like to know more about it, just click over to my blog and read the post there about it. See you around!

Fantastic post!
I, too, am a huge fan of anthology movies. Even really really bad ones like "Screams of a Winter Night."

There IS some hope. A little film by Mike Doughtery called "Trick 'R Treat" which Warner Bros. has yet to release or on DVD.

As someone who saw a screening of it last October, I can say that it is EXACTLY the film you're looking for. It's an anthology movie, based around Halloween that is an homage to films like Creepshow.

I'll have a review up soon on HalloweenAddict.com. More of a "gushing praise" than a review. Let's hope WB puts it out on DVD at least by October '09...

Crazy, I didn't realize that Trick R' Treat (I assume you mean the one with Dylan Baker that's been in limbo for like three years, much like Mandy Lane) was an anthology. Sweet! It has to come out eventually, right? RIGHT?!