Moving on from Cronenberg, we get into a brood of a different sort. Tom Shankland’s recent British import The Children. 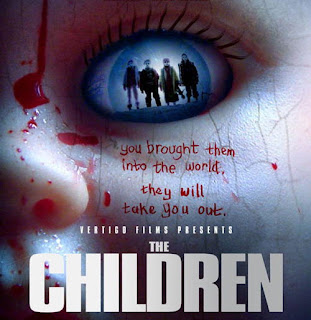 An awesome trailer and a few rave reviews were all I had to go on, but that was enough for me to reel it in. I’d give you a synopsis, but this trailer sums it up better than I ever could.

I saw The Children last week and it’s a winner. On every level. I really can’t say anything negative about this film. It has a superb buildup to a flawless execution and a perfect ending. It also doesn’t pull punches with extremely well placed gore that WILL make you cringe and/or gasp. Everything is so skillfully balanced in this movie, never too little, never too much. And I love the fact that Shankland doesn’t feel the need to overexplain things, focusing more on WHAT is happening and not WHY. This is probably why this film is all meat. Like a lot of recent gems – [REC] and Them are two examples – it hovers at a taut eighty minutes. I think it helps that things play out in a realistic way, something that is rarely a priority in horror films. And the kids? Well, the kids are fuckin’ creepy. I think Casey put it best when she said “you ever hear of contraseption?” Perhaps taking a cue from The Brood, The Children is also one of those few horror films that takes place in the daytime. It's always a ballsy move and helps give it a unique look. This film is so well shot too. The overhead camera blood trail sequence (which is glimpsed in the trailer) is inspired and there are plenty of great little moments like that throughout.

I think I can confidently say that one of my top five slots of ’09 has just been filled. Like High Tension, The Descent, [REC] and Them before it, The Children is a title I will be passing around the proverbial campfire for sure. I say eff The Children Of The Corn remake, this is all you need right here! 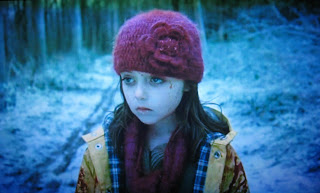 I have been waiting for this review. It sounds great! Of course, if I should not like it, I can blame you now, right? Just kidding lol.

Ah, I love the Children. What an excellent film.

Knowing what I know of you Heather, I think you not liking it is an impossibility ;)