Whew. Thanks to all those who looked in on April Showers over the last week. It was a lot of work, but well worth it. And it appears to have worked, as the weather here was absolutely gorgeous all week. Okay, moving on... 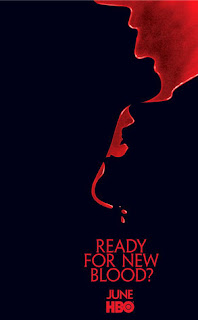 Sexy! It took me a couple of episodes, but I really warmed to this show last year and am anxiously awaiting its return.

There are very few directors that can get under my skin like Lars Von Trier. Two of his previous films (Dancer In The Dark and Dogville) left my psyche battered and bruised for... well, I still don't think I've fully recovered. When I heard he was doing a horror film, I was intrigued. Check out the new trailer below.

I think I might be okay with this one, but I still have to be wary because that crazy Dane really knows how to twist the knife.

Brought To You By Roland. 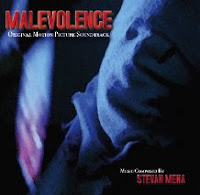 I found out over at Icons Of Fright that the soundtrack for Steven Mena's 2004 film Malevolence has just been released. This is relevant because the score for this movie ROCKS. It is pure eighties synth in the tradition of John Carpenter, which seems somehow appropriate considering Mena also served as writer, producer and composer on his film, as well. I was lukewarm on Malevolence itself, but the music was SO good, it made the film way better than it actually should have been. If you click here, you can check out some samples from the CD.

Oh god, if it's the Malevolence I'm thinking of, I really didn't like that movie. If it started with some morons robbing bank then that's it. Ugh. I've never seen True Blood, is it even on in Canada?

(I just saw you ordered my newsletter! Thanks!)

Yep, that's the one. Unremarkable in every way except the score.

Canada's The Movie Network gets most HBO shows simultaneously. And recently, HBO Canada started here too.

Hey, no problem. Looking forward to reading it!