For three weeks now, Resident Evil 5 has been out in the world infecting the masses. I just finished it on Monday night, so that’s why I’ve been silent about it until today. Normally, I’d have been done sooner, but the busy schedules of myself and my co-op partner only intersect for about six hours a week. 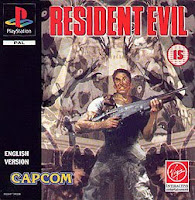 It has been thirteen years since I first played the original Resident Evil. Many installments, headshots and ink ribbons later, this video game series has become my all-time favourite. Each new game release has been an event and I’ve played them all - well, all except for the ones caught up in retarded Nintendo exclusivity deal. Then in 2005, a much needed shake-up came to glorious fruition with the release of Resident Evil 4. That game was a revelation for me. I couldn’t believe Capcom had managed to top Code Veronica – which I ADORED. RE4 was a gaming milestone and rightfully ended up on many Game Of The Year lists. So, here we are four years later at the release of Resident Evil 5. 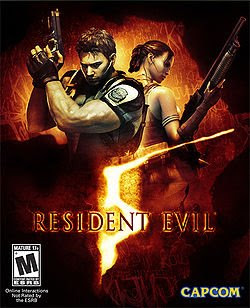 And the verdict is…

It is fair to say that in many ways, this fifth installment is a shinier Resident Evil 4, but with one very important evolution; the co-operative gamplay. That is really what makes Resident Evil 5 a winner. The Resident Evil series has experimented with co-op before – with the Outbreak games – but they never really worked quite right. They were more of a glimmering portent for the fantastic things to come. RE5 was my buddy Phil and I’s first real experience with co-op gameplay and we were both floored. It’s very hard to describe the innumerable scenarios that were enhanced because there were two of us. Needless to say, there was much “Yeah… so this is awesome” in between “Behind you!” and “I fucking PRESSED it, fuck!” 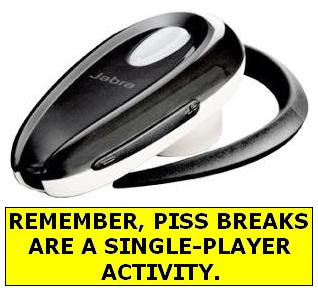 After playing RE5, I am really surprised about some of the hate online, so I’ll respond to the naysayers. A lot of people seem to be up in arms about the controls. I had no issues, it having only taken me the length of the demo to get used to them again. I can appreciate gamers suggesting a new control scheme is overdue, but to say these controls are ‘broken’ seems absurd to me. I don’t remember anyone having a problem with these same controls when Resident Evil 4 came out. That was four years ago, you say? Okay, if you want an even more recent example, as its controls are very similar, Dead Space. No complaints then either. And if I have to hear one more person bitch about not being able to walk and shoot at the same time… Is this REALLY a deal breaker for you?! Now, the biggest gripe is about the friendly A.I. I obviously can’t comment on this because I played it as it was MEANT to be played – with a living, breathing partner! I don’t want to sound like I am making excuses though, so I’m willing to relent. If the A.I. is as shitty as some say, then Capcom dropped the ball on that one. It was wrong of them to make a far inferior single player product. On the other hand; this can be easily remedied. Grab a partner! As for the enemy A.I, they seemed to be able to get the drop on us several times, so that should at least say something.

Okay, back to the good stuff. Resident Evil games have a reputation for bloated and convoluted storylines and this installment is no different. And even though I could see where the story was going fairly early on, I dug it a lot. Talk about tying up loose ends! This one, more than any other, really felt like we were inside an action flick. I love the game design of the last few Resident Evil games. It somehow gives you JUST enough ammo to complete your mission. When all was said and done, my partner and I had six bullets left between us. And on top of all this, the game is GORGEOUS. The African locale was an inspired choice and really brought the series into an environment that had yet to be explored.


This was an amazing experience… and it’s not over! We still have Mercenaries mode, tons of unlockables and upcoming DLC to keep us busy. Resident Evil 5 may not be as mind-blowing a jump as Resident Evil 4 was, but the inclusion of flawless co-op gameplay makes it a completely different beast altogether and a total must-play for all fans of the series.

So, again I ask you… Ready, partner? 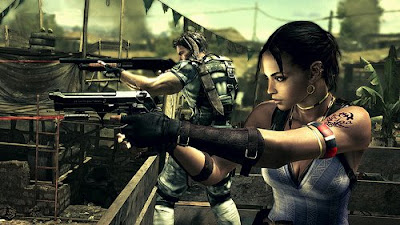