I had a tough time finding a sixth title for April Showers. I had to turn to my auxiliary stack of DVD’s as the deadline grew near. The auxiliary pile is made up of questionable screeners, oddballs I’ve won in raffles and trivia contests and any other low priority stuff. Looking through them, a DVD case the colour of ectoplasm green caught my eye. Slime City. Why not? 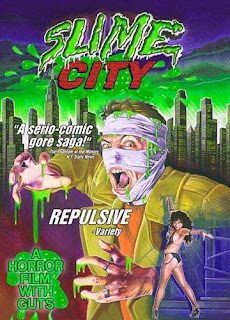 After partaking in some of his new neighbour’s cuisine, quiet artist Alex (Robert C. Sabin) starts going through some weird changes. Keeping this a secret from his girlfriend Lori (Mary Huner) and his buddy Jerry (T.J. Merrick) becomes increasingly difficult, especially considering the only thing that keeps his condition at bay is – human blood!

I don’t know whether to call Slime City ridiculously outrageous or outrageously ridiculous. It’s not what you’d call a good movie, but I can’t say that its low rent nature wasn’t sometimes appealing either. I mean there were plenty of things to laugh at. The sex pot across the hall’s – and by ‘sex pot’ I mean I wouldn’t touch her even if I was triple raincoatin’ it – sensual dancing skills were a strange hybrid of yoga and an epileptic seizure and the Greaser downstairs had some odd ideas about how to entertain guests. I’m sorry, but if a dude invites me to dinner and then serves something called ‘Himalayan yogurt’, I’m slowing backing away from the table; politeness be damned. Slime City works best when it appears it’s in on the joke, but I don’t think the filmmakers were always aware of that. Even director Gary Lamberson said that they didn't know they were making a comedy until it started screening in New York. I fail to see how that could be the case though with things like the boombox gag thrown in after Alex gets mugged by a gang of thugs. It was at that point that I tuned into the frequency of the movie and it became palatable. I have to tip my hat to the attempted sexual frustration angle, as well. The acting is often suspect – “you crazy bastard” – but I do have to admit that I did not realize that Mary Huner was playing both Lori AND Nicole until I watched the DVD’s special features. 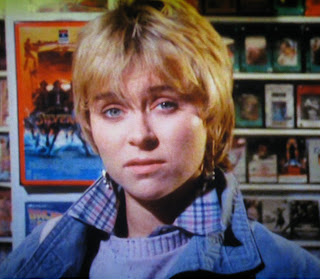 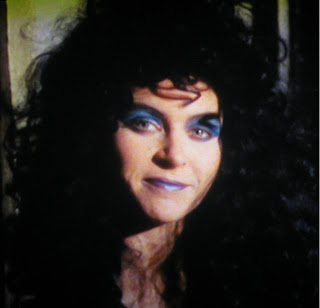 I guess I have to cop to taking retard pills on that one because I could see that Nicole was clearly wearing a wig. It should be no surprise that I love it when movies have scenes in video stores; especially the old ones with the tapes stacked everywhere and the old clamshells on display. I like to see if I can pick out any of the covers. It’s like a mini-game! The comparisons to the early Troma films like The Toxic Avenger and Class of Nuke 'Em High are hard to ignore and I wasn’t surprised to learn after that a lot of the Slime City crew – including the effects guys – worked on those films. And let’s talk about the effects, as they are pretty much the main draw here. They run the gamut from pretty good to laughable. I will say though that considering the budget, the climax had some pretty sweet appliances.

I’m conflicted. Should I condemn Slime City for being so cheesy, or commend it for being so bold on a super tight budget. I’m going to lean toward the latter. I think anyone who is into Troma films should check this out for a laugh. As for everybody else… It’s probably not your bag of puss. 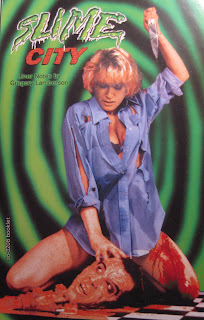