My choice of title for the seventh and final April Showers slot seems obvious. It’s a title that has become a proverbial white whale to me. I say that because Herschell Gordon Lewis’ The Wizard Of Gore has been sitting on my coffee table unwatched since February of last year. It was taking up a slot in my Zip queue all that time and yet I would always find something else to do. Even putting its viewing on my list of 9 Movie New Year’s Resolutions didn’t seem to jump start things… Until now. 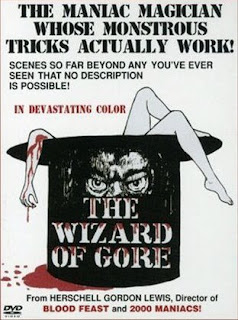 Montag The Magnificent’s (Ray Sager) magic act is quite remarkable. He saws, skewers and crushes willing volunteers and yet they leave after without a scratch. Until later that night when they end up dead and mutilated like they were onstage. How is this possible? Only The Wizard Of Gore knows!

I’ve finally come out on the other side and The Wizard Of Gore was indeed great fun. It has all the usual things that make H.G. Lewis’ movies so entertaining. The dialogue, oh the dialogue. I’m definitely using Jack’s foreplay remark “I didn’t come here to play Scotland Yard” whenever I can. Lewis certainly raised the bar with the bloody set pieces in this one. He’s a smart guy and knows the business. After seeing the crowds eat up his previous horror offerings Blood Feast, Two Thousand Maniacs and Color Me Blood Red (known collectively as the Blood Trilogy), he knew what audiences were looking for and he gave it to them in spades. Ray Sager’s performance as Montag the Magnificent is deliciously over-the-top. I had a smirk on my face the whole time Sager was onscreen, yet I was still somehow engaged. Possibly even hypnotized??? 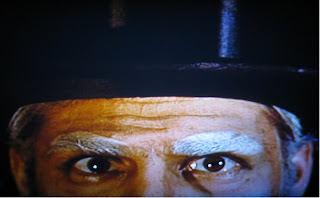 Another thing that I love about The Wizard Of Gore is that it doesn’t seem to care about how ghetto it is. It never pretends it is anything other than what it is – gore and cheap thrills. They didn’t try to hide the plastic wrap on the floor or cut around the actress that looked like she was laughing rather than screaming when getting a spike driven into her head. Miraculously, it doesn’t hurt the experience. Now, I should address this. Why is it that The Wizard Of Gore – or any of H.G. Lewis’ works for that matter – should receive my praise for its low budget underpinnings, yet a movie like yesterday’s Slime City was dismissed for the same reason? Well, that’s a tough one. The only tangible way I can put it is – influence. H.G. Lewis was a pioneer and his movies have inspired countless filmmakers. He was the first to really market the gore film and though some of the effects may seem rudimentary now – a lot of them do still hold up – at the time they were a revelation that had people running from their seats. They don’t call him the Godfather Of Gore for nothing. That’s really the only explanation I can give you. Always the sly dog, H.G. Lewis just slapped an R-rating on the picture without even consulting with the MPAA. That’s the way it was in the early seventies. The censors were so concerned with nudity and sex that small films with excessive gore would just slip by unnoticed. I also thought that Montag’s speech where he likened his act to the Roman gladiators and public executions of the Spanish Inquisition was oddly poignant. It could also speak of the gorehounds such as myself that are always looking for the next big effect. I think my only disappointment was I hoping for a more elaborate end for Montag. After Fuad Ramses’ crushing encounter with a garbage truck in Blood Feast, I wanted something a little more spectacular for the climax of The Wizard Of Gore. And then there was that weird WTF ending! I mean, huh? I will say THIS redeemed it though. 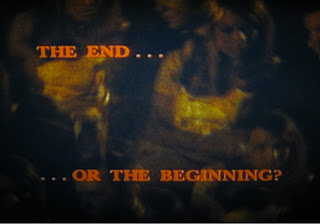 Fucking classic. According to the audio commentary on the DVD, Lewis says that The Gore Gore Girls is even more over-the-top than this one. Well, guess what’s getting Zipped right away? And I promise not to take fourteen months to watch this one.


Oh and btw; here’s a message for Diablo Cody. The Wizard Of Gore is good, but nowhere near Suspiria.
Posted by Jay Clarke at 9:31 AM