It’s been a while since I’ve done one of these. It seems that time just got away from me. I want to talk about a film that I didn’t see in its original release, but have become quite fond of over the last year. That film is Julie Taymor’s Across The Universe. I know that a musical would not be something you would expect me to be onboard with, but every once and a while one comes around (like Moulin Rouge for instance) that I embrace wholeheartedly. It must have been all those VHS viewings of Annie and Bugsy Malone when I was a kid. 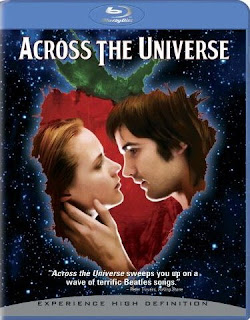 The musical catalogue of The Beatles serves as the narrative for the story of three young people, Liverpool ruffian Jude (Jim Sturgess) and American upper class siblings Lucy & Max (Evan Rachel Wood & Joe Anderson) as they try to make a life for themselves in 1960’s New York.

I love Across The Universe. There was a while where I’d just have it on in the background while I was blogging. I had to stop doing that though because I’d get distracted and end up watching twenty-minute chunks of the movie while I was supposed to be “working”. That is just how mesmerizing I find this piece. 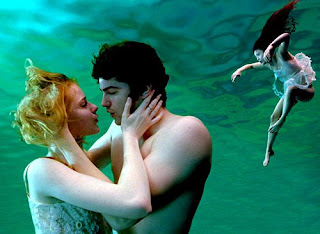 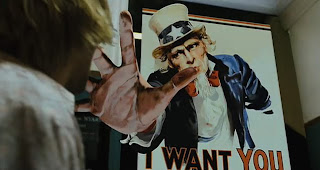 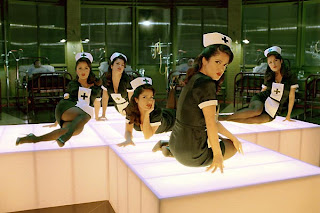 Yes, that last one was Salma Hayek times five. I really have to hand it to director Julie Taymor here. Across The Universe is clever, inventive and most of all, heartfelt. The love of the music is always paramount and any fan of the Beatles (which really SHOULD be everyone on the planet) will revel in its awesomeness. All the performances are great and the three leads, Wood, Sturgess & Anderson even perform their own songs. Who knew Evan Rachel Wood could sing? I’d heard that Taymor had some problems getting this film released. The studio heads didn’t like the running time and actually made a shorter cut without her knowledge. As you can imagine, that didn’t go over well and she fought for months to have her version released. She won, and so did we as far as I’m concerned. The movie is over two hours, but you’d never, ever know it. They pack a LOT of stuff in here too. In addition to the songs and countless Beatles references, there are several figures and events from the time that appear in the film. You could argue that some of the images are a little heavy-handed, but you can’t deny that they are visually stunning to watch. And as you can imagine, Across The Universe shines on Blu-ray. I’ve never seen colours so vibrant – okay, except maybe for Speed Racer.

This is a film of wonderful ideas that are complimented by the timeless works of The Beatles. Across The Universe is criminally under seen gem in my opinion and a must see for any musical fan. If you are a Beatles fan, this should already be in your collection.
Posted by Jay Clarke at 2:31 PM

I'm also a crazy arse horror man who likes the best of the worst and the films that get as sick as they come... and I do happen to own Across The Universe on Blu. I got to see it at the Cinema luckily, own the LE soundtrack and while it's not horror, it's one of the best non-horror films out. Psychedelics and Beatles tunes, can't go wrong.