The Midnight Madness blog is pumping out some great content now that things are underway. Not the least of which is Robert Mitchell's series Midnight Producers, where he gets sometime with the producers behind this year's offerings. First up, is Peter Block who gave us John Carpenter's The Ward. Here's a snip.

RM: What did you learn from being the President of Acquistions & Co-Productions at Lionsgate that informed your decision to form your own production company A Bigger Boat in 2008?

PB: What I had learned in my time at Lionsgate, and as far back as the early '90s when I found that a company could actually exist on a slate of straight to video horror titles, and sometimes you discovered fantastic new directors, such as Guillermo del Toro, "Cronos" and Peter Jackson "Dead Alive". I also learned that the horror audience was vibrant, dedicated and social. Whether the films were good or bad, was often not nearly as important as whether there was a great death scene, or even a really bad line-reading. The audience showed up again and again and shared their experiences with one another. 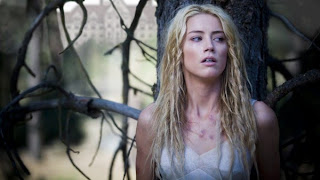 RM: The Ward was made outside of the studio system, what were some of the unique challenges this presented?

PB: The Ward was made outside of the studio system for a variety of reasons. Firstly, we (my partners at Echo Lake Productions, and I) wanted to entice John Carpenter to direct the movie, and we knew John was partial to his independence (we found out later that that sentiment extended to "from producers" as well!). Secondly, the industry was changing. Studios were less interested in lower budgeted genre fare, in favor of tent-pole releases with name stars to drive ticket sales, and with it corporate earnings and stock prices.

Oh, Please Let This Be. 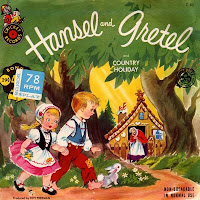 I read a juicy rumour this week on Twitch about an upcoming project from Norwegian director Tommy Wirkola of Dead Snow fame. Apparently it's called Hansel & Gretel: Witch Hunters and features the titular characters all grown up and fighting the forces evil. The juicy part? Well, the actors being coveted are Jeremy Renner & Noomi Rapace. Renner has been super hot after snagging an Oscar nom for his performance in last year's The Hurt Locker. He's been around a while though, whether it's been impressing in indies (Dahmer) or playing memorable supporting roles in higher budget productions (28 Weeks Later). Rapace recently rocketed to international fame with her turn as tough-as-knives computer hacker Lisbeth Salander in The Millenium Trilogy. Obviously, as with all rumours, you must take it with a grain of salt. Renner is tied up indefinitely playing Hawkeye in The Avengers and also the next installment of Mission Impossible. It could be a while before this becomes a reality, but I'm willing to wait.
Posted by Jay Clarke at 9:10 AM