To cap off the Festival Of Fear weekend was a very special screening of the 1971 picture The Devils with director Ken Russell in attendance. You have no idea the amount of shuffling and restraint it took to orchestrate this review as my 666TH POST, but here goes. 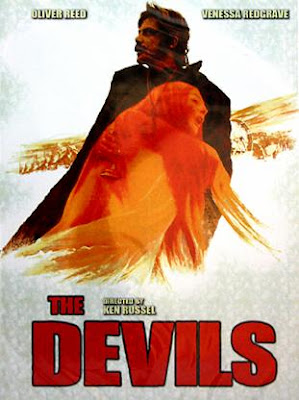 Set in France in the 1600's, the story revolves around Father Grandier (Oliver Reed) and his efforts to protect his town from a greedy Cardinal who means to usurp control. Soon, Grandier is fending off charges of heresy and devil-worship.

Simply put, The Devils is a beautiful fucking film. It is an almost surreal experience to view on the big screen, as the filmmaking on display is quite spectacular. It is films like this where can really see the difference between how movies were made then as to how they are now. There was a certain, for lack of better term, weight to them back then. If you wanted to create a world, you had to build it, rather than simulate it with computers. I know I'm generalizing, but you get what I mean. It was more about the art, and less about the product.

Oliver Reed is awesome in this. I believe the word I'd use for his performance is commanding. He never half-assed it when he was in front of the camera though, did he? Vanessa Redgrave is also up to the task as the obsessed mother superior, Sister Jeanne. Her character is a hunchback and the physicality she adds to the role really makes it pop. You put the two of them together and you have a film to watch as far as I'm concerned. The Devils is one of those pictures where it seems like not a lot happens, but it is still completely engaging because you get caught up in the detailed reality it presents. Russell's Prince-like status among cinephiles is not unwarranted. 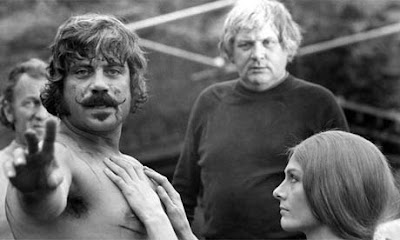 For the Q&A, Richard Crouse did an excellent job with a tough interview. Up to that point in the weekend, I'd been hearing about how no one had been able to get little more than one word answers out of the man. Russell seemed to be in good spirits that evening though, or at least as good as it gets with the notoriously cantankerous eighty-three-year-old.

He was asked how it was directing Oliver Reed, to which Russell replied that they had a simple system. He would tell Reed that he wanted 'moody one', 'moody two', or 'moody three'.

Moody one was “keep it low key”, moody two was “okay Ollie, let yourself go a bit” and moody three was “for God's sake, stop it!”

Someone asked what he thought about the work of Frederico Fellini – as 8 1/2 had played The Bloor earlier that day – to which he stated “rubbish”. He did say that he was big fan of Stanley Kubrick's though, and then told a funny story about a phone conversation he once had with him. It does seem to me that those two souls would have got along.

It was a one-of-a-kind evening, with a treat of a film from a bygone era presented by an icon of cinema.
Posted by Jay Clarke at 2:44 PM