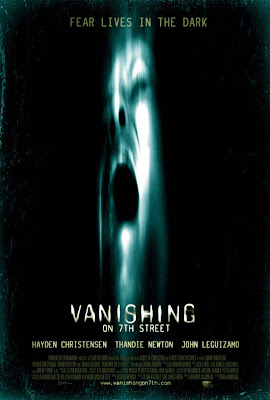 When almost the entire population of New York [Ed. actually Detroit, my bad] inexplicably disappears into thin air after a sudden blackout, the few survivors left behind hole up in a bar. It doesn't take them long to realize that something is waiting for them in the darkness.

Yeah, I was pretty disappointed with this movie. It has a great premise, molded from that great Twilight Zone tradition, but the problem is the bland script. It doesn't sustain itself throughout, and unlike Rod Serling's legendary property, it doesn't deliver on a payoff. I appreciate the choice to be ambiguous, but in the end, it would have been nice to see some direction.

I will say the best part of the movie is the antagonist. The darkness effect is pretty creepy, handled very well and one of the only elements that kept me interested throughout. Considering how much of it you see, I was expecting it to get old as the film wore on, but it didn't. It certainly held a sense of dread far superior to the previous 'darkness is death' effort Darkness Falls. It was also cool to see how the dark got more aggressive over the course of the movie, as well.

My main fear going into 7th Street was the casting of Hayden Christensen and I can't say his performance allayed those fears. The guy just has no charisma onscreen. He did get less grating toward the end, but I don't think he was the right choice. Thandie Newton & John Leguizamo were both fine in their roles, but it seemed like they were just playing degrees of crazy. Young newcomer Jacob Latimore is probably the strongest, but his character is such that he will be the one you end up liking the least. 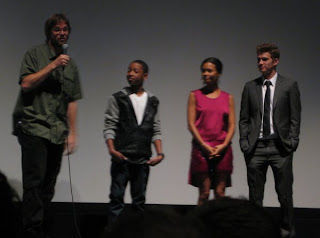 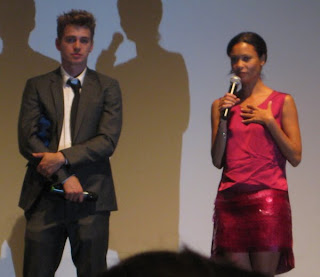 I also found some of the character motivations irksome. In a genre film, you obviously have to let some things go, but there are fundamental problems here, especially with the sharing of information. One character finds out a vital tidbit early on that they might have wanted to share with the rest of the class. Nope.

Oh well. Like I said, you win some, you lose some. After three awesome projects in a row, maybe Anderson just chose the wrong script to work with. I don't really blame him, for on paper, the premise does sound quite intriguing. In reality, I don't think any director, with any cast could have made it pop.

Vanishing on 7th Street is certainly watchable fare, but there is just not a lot here once you get past the first act.
Posted by Jay Clarke at 8:44 PM

Is this a remake of that Keifer Sutherland movie?

I thought it was set in Detroit, not NYC?

Holy shit, you're right! My bad.