Friday afternoon, I managed to squeeze in a screening of the American low-budget indie A Horrible Way To Die. 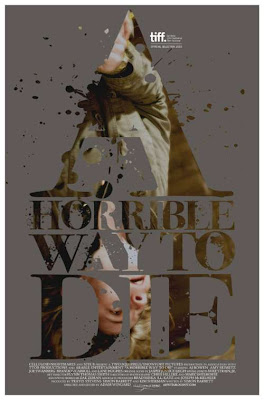 An escaped serial killer (AJ Bowen) tries to track down his former girlfriend, who has since moved to a small town to start a new life.

After seeing director Adam Wingard's earlier film Pop Skull and now this, I have come to the conclusion that I just don't like his filmmaking style. I found myself tiring of the shaky-cam and out of focus meandering almost immediately. It was difficult for me to be involved in the dialogue, when it seemed like the person working the camera was drunk. Though I have blotted out a lot of Pop Skull from my memory, I do still recall the droning soundtrack. A similar motif is used here as well, but it didn't seem nearly as intrusive this time around.

I did however, like the story. Simon Barrett, who also penned the solid 2004 chiller Dead Birds, weaves an compelling tale here. The choppy narrative was a little disorienting at first, but with the help of some visual cues, I was able to keep things straight. His comment on the nature of addiction added a layer that I was not expecting at all. What I think redeems A Horrible Way To Die, is the ending. As late as five minutes before the conclusion, my feelings were bordering on hatred, but somehow they managed to bring it back from the brink. 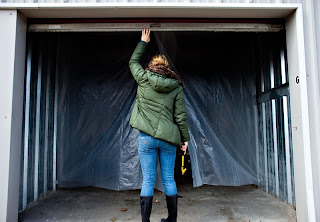 AJ Bowen, who is racking up the genre credits with appearances in such notable flicks as House of the Devil and The Signal, is great as Garrick. He is clearly a psychopath, but somehow maintains a level of charm while doing it. Amy Seimetz also does a fine job playing the emotionally scarred Sarah, finding just the right amount of quiet vulnerability.

Barrett was in attendance at the screening and talked with the audience at length after the screening. His intention was to tell a serial killer story from a unique perspective; the one of the ex-girlfriend. While he was talking, you really got a sense of how little money was spent on the project. They were expecting to take a loss, but Barrett was delighted to announce that they had just signed a deal with Anchor Bay, so things are looking bright for the Horrible crew right now. 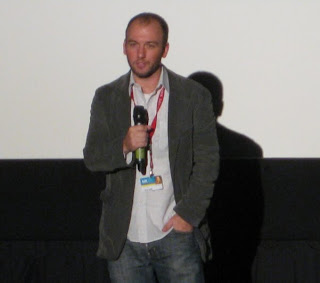 To be honest, I'm much more interested in seeing what Barrett does next, than Wingard. I'm impressed with what they managed to accomplish with their budget, but was way more engaged by the story, and not how it was told.
Posted by Jay Clarke at 9:22 AM