The summer was a fairly slow time for television this year, but I did want to sound off on a pair of shows that I watched over the past few months. 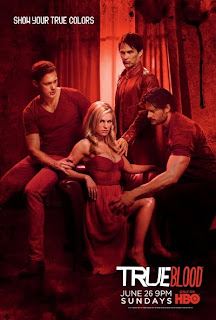 The fourth season of True Blood came to an end a few weeks ago, and man, what a disappointing slog this was. I actively disliked the first six episodes so much, that I entertained the thought of not even continuing. At its worst points, it was just downright silly. Now, don’t get me wrong, I’ve never looked to True Blood for seriousness, but there are limits. In fact, I’m almost certain that if it weren’t for the addition of red-hot ladies Courtney Ford & Janina Gavankar (Shiva Kamini!) to the cast, I would have broken up with this show.
I think my main issue was that I didn’t care for almost all of the story arcs this season. Not to be too spoiler-y, but one character gets amnesia, which is such a played out plot device, and several others go through some tiresome changes. It seems that the number of straight-up humans in this show is dwindling rapidly. That is a big problem because once everyone is ‘something’, then where’s the dichotomy? The exact same thing happened with the mid-nineties vampire show Kindred: The Embraced. By the end of its first (and only) season, almost all the humans had been turned, and its audience lost interest.
True Blood got a little better once the showdown between the witches and vampires came to a head, and there were some zero-hour allusions to getting things back on the rails for next season, but I think this show may have run its course.
The other show I caught – thanks to The Totally Rad Show for the heads up! – was a British series called Luther. It is an awesome cop procedural show, starring Idris Elba as DCI John Luther. As with Dead Set, I am always amazed by what the BBC gets away with. And yet, films are still outright banned there. WTF?! But I digress. 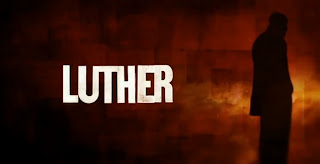 The character of Luther is a fascinating one. Cop procedural shows with unorthodox detectives who bend the rules are nothing new, but I’ve never seen one played with such depth as Elba does here. He is calculating, yet impulsive, often abusing his authority. However, what really makes his show stand out is the dynamic between the Luther and his nemesis. In the premiere, Luther comes across a suspect he cannot nab and they begin this strange cat-and-mouse relationship. You can argue that this relationship is a bit far fetched, but the chemistry between them is undeniable. And this villain is car-azy, possessing an unpredictable balance between extreme intelligence & childish petulance that really puts you on edge.
Another thing I always admire about the Brits is they never sugarcoat anything and don’t feel the need for arbitrary happy endings. The evildoers on this show are some of the vile you’ll ever see and because of that, the good guys don’t always win. Luther is an exceptional show that demands to be seen, especially if you are into procedural dramas. It is now available on Netflix Instant in both the States and Canada, so get on it!
Peering ahead to this fall, it looks promising with the return of Dexter and The Walking Dead. There is also a new show on F/X called American Horror Story that has me intrigued.


Yep, it certainly doesn’t appear there will be any shortage of genre television this Halloween season.
Posted by Jay Clarke at 10:04 AM

Man, Sookie is givin' it up to everybody! That little slut.