My latest On The Shelf pick is the Canadian horror flick The Thaw. 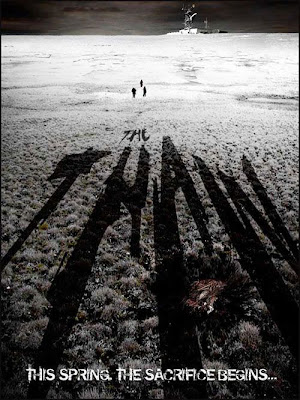 A group of students arrive at an Arctic research station to find the camp empty. Almost immediately, some of the team becomes infected with a prehistoric parasite that was recently uncovered by the expedition.

The Thaw is a good effort that is held together by solid performances all round. It’s one of those movies that had me scratching imaginary itches throughout, as stories about creepy crawlies are apt to do. This movie has quite a lot in common with Larry Fessenden's 2006 The Last Winter and although Winter had a lot more weight to it, Thaw wins out overall because its last reel doesn't go down the shitter, like the former title’s unfortunately did. There is some dodgy CG, but some good practical effects counteract them. I mentioned the performances, but I should also say there were a few golden lines that may or may not have been intentionally comical. It's hard for me to hold back a snicker if your character says stuff like, “that means I'm gonna die with these fucking bugs in my dick!” 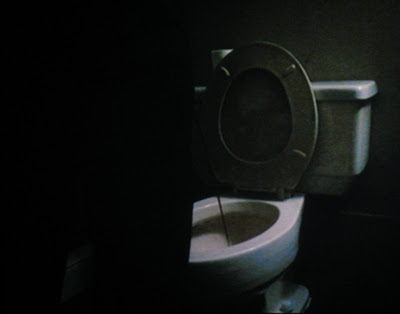 I wonder if Aaron Ashmore, after seeing his twin brother Shawn in The Ruins actually set out to look for a similar project. The locales are different, but they are both essentially isolation man vs. nature stories. I think Shawn won out in terms of favourable shooting locations though, wouldn't you say? I found Val Kilmer's appearance in this rather odd. It is not that he wasn't in it that much because he was – this is not one of those random cameos like Gary Busey in the dreadful A Crack In The Floor – it was just that he seemed fairly inconsequential. Anybody could have played his role, but I guess having him onboard would have made the project easier to sell.

The Thaw works because it has an air of plausibility. I mean sure it's unlikely, but the ice up there IS melting. We know that now. So, who’s to say that there isn't something nasty just lying in wait? I'll take a zombie apocalypse over the scenario put forth by the Thaw any day of the week.
Posted by Jay Clarke at 12:46 PM