Got some important stuff to do today (and by stuff, I mean some Uncharted 2 multiplayer demo action), so I'll keep the intro brief. Here's some bits I thought were noteworthy this week.

There's a show on the Revision 3 network called HD Nation, which basically showcases all things high definition. During last week's episode, Ryan Connolly from Film Riot (another show on the network about DIY filmmaking tactics) dropped by to list his top horror Blu-rays. I'm on board with most of his picks, though I am curious to know which "people" in their right mind would "bash" American Werewolf In London and why he thinks The Descent is Australian, but hey, we all make mistakes. All is forgiven because The Orphanage is also on his list. J.A. Bayona's debut is not only a fantastic film, but also one of the best Hi-Def transfers out there. Here is the episode below. You can skip to about 6:45 if you want to get right to it.

Well, a trailer has arrived for the remake of George A. Romero's 1973 flick The Crazies. And I have to say it's looking pretty good. Poor decision making on the song choice though, as the Donnie Darko tune has already been pillaged once. Let's not make a habit of this guys, there's tons of other eighties songs out there to cover. Anyway, take a look.

The Walking Dead Are Coming... To AMC.

So, a while back it was announced that Frank Darabont had been tapped to bring Robert Kirkman's long running comic series The Walking Dead to the small screen. Recently, MTV interviewed Kirkman, asking about his involvement, his thoughts on Darabont coming aboard and how they are going to deal with the restraints of network television. Click on the image below to read the interview. 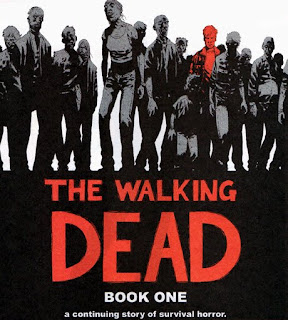