In collaboration with a selection of the finest film blogs the infranet has to offer, The Horror Section is proud to contribute to “Blair Week”, a six-day extravaganza expounding on the virtues of Linda Blair and her legacy of quality motion pictures.

When we were choosing our desired flicks for this little celebration, I naturally gravitated toward the 1981 slasher flick Hell Night. This was not only due to it being an obvious fit for my site, but also because I’d shockingly never seen it. So, by watching it for the festivities, I killed two shoulder-mounted parrots with one stone. 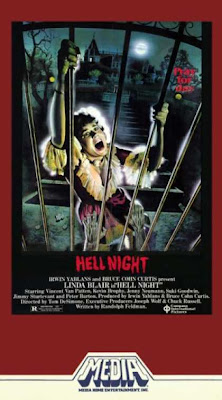 You know, there were a lot of things that surprised me about Hell Night. I found that the dialogue was pretty decent, as people actually like, talk to each other about stuff. It seemed truer to me than the usual filler between kills that normally happens in titles of this ilk. It also had a fairly good setup, with the fraternity President laying out the deliciously ghoulish tale while on the way to Garth mansion, which also serves as a great location. Hell Night also its fair share of chuckle inducing exchanges such as;

Oh, that reminds me… Every once and a while, I see an older movie that uses vernacular I thought a lot newer than it actually is. Just like when I first heard Billy drop the C-bomb in Black Christmas, Hell Night uses terms like mindfuck and the aforementioned twat. 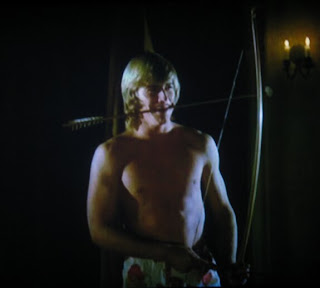 I finally got some context on this image, after seeing it on the back of the box for twenty-some years.


I should also mention that considering how early on in the slasher boom Hell Night was, the filmmakers certainly go out of their way to subvert the ubiquitous clichés, such as cars not starting, characters trapped in a single location and going about arming themselves – even if how the latter happens is one of the most ridiculous laugh-out-loud moments I’ve seen in a horror movie in quite some time. As for star Linda Blair, she is well suited for the role of the virginal Final Girl and it actually surprises me that it took until 1981 for her to be cast as one. 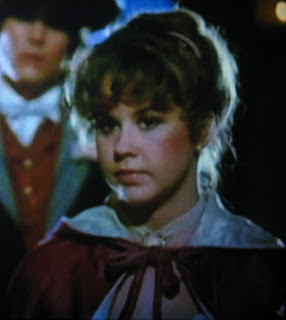 Having said all that, Hell Night does eventually succumb to the common tactic of trying to pad their length with long sections of characters searching through corridors and the like. The climax also left me a little confused as well, but I’m not going to dwell on it.

All this adds up to a movie that was a lot better than I was expecting. I think Hell Night has always been regarded as a second or third tier title in the slasher pyramid, so I guess I was expecting something along the lines of the outrageous Slaughter High. However, Hell Night holds up in my opinion. It’s far from flashy, but at times offers more than a lot of the other slashers were at that time.

As I stated above, there will be several reviews featuring Linda Blair hitting the blogosphere throughout the week, so check in often. For the full list, click here.


Well, that was all right. I’m actually quite proud of myself, as I managed to get through an entire review of a movie featuring Linda Blair without once mentioning her ridiculously self-indulgent appearance at the ’05 Toronto Festival Of Fear… Awww crap.
Posted by Jay Clarke at 10:17 AM

Hah! Nice, I've wanted to see this for a while. I saw a Media VHS at a used shop a couple of weeks ago but opted instead for Nailgun Massacre. Was that a bad idea?

I loved the body count and repetition of Nail Gun Massacre. It left me with a minty fresh mind numbing feeling. I've heard so much about Hell Night but much like The Goodkind have never picked it up.

Great review. I love Hell Night. I watched it a couple years ago for the first time and was blown away. Blair's acting is laughable but the other characters hold their own and the story has some great scares and twists.