It seems every year at Toronto After Dark, there is an American indie that comes out of nowhere and wins us over. In 2009, it was the undead buddy flick The Revenant and then a year later, the John Waters-esque All About Evil. This year, even though the festival is only half done, it appears that the current frontrunner for that title is Jack Perez's Some Guy Who Kills People. 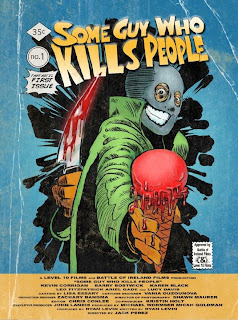 Kenny (Kevin Corrigan) is not doing so hot. He's fresh out of the loony bin and is now working a thankless job. Just as he is about to exact revenge on the people he feels wronged him, his long lost daughter Amy (Ariel Gade) shows up at his work.
Some Guy Who Kills People is a delightful character-driven comedy that is chock full of great performances. One needs only look at the cast to see why this would be the case. Karen Black appears as Kenny's mother, and this is seriously the best I have seen her in years. Barry Bostwick is also great as the aloof county Sheriff. The lynch pin of this movie is Corrigan though. After a long career of supporting roles, he finally gets an opportunity to sink his teeth into a meaty role and gives one hundred and ten percent here. Even with the limited dialogue he had in the early going, his expressions spoke volumes. 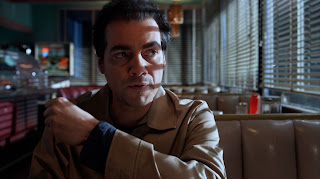 Perhaps the biggest revelation for me however, was Gade. I thought her performance was fantastic and because of the solid script, she was able to be outspoken, without being cutesy or over-precocious. Diablo Cody wishes she could write characters this genuine. The film covers themes of second chances and letting go of the past, yet somehow sidesteps the usual sugar coated clichés associated with them, while being pretty hilarious to boot. Aside from the slapstick glimpsed in the trailer, the interactions between the characters are where the funniest moments reside. So strong are these relationships, the occasional gore setups are almost completely incidental. 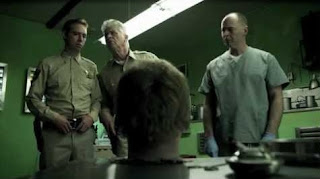 Some Guy Who Kills People has few bells & whistles and frankly, needs none. This is a fine film, with an earnest sincerity fuelled by its wonderful cast and flawless comic timing.
Posted by Jay Clarke at 12:33 PM