On Saturday, it was time once again time for the zombie hordes to descend on Toronto. It was a veritable bloodbath downtown as the undead shambled their way through the crowded streets toward the Toronto Underground Cinema. 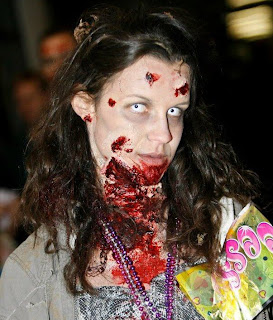 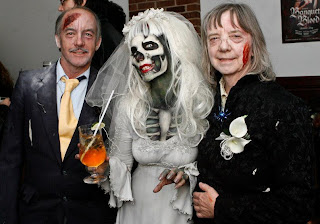 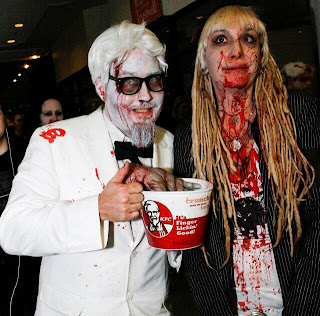 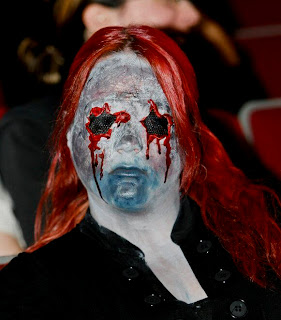 As is customary for Toronto After Dark, the fest offered up a zombie double bill for their flesh-eating brethren to feast upon.
First up, was the Pierce Brothers' Deadheads, about a couple of guys named Brent (Ross Kidder) and Mike (Michael McKiddy) who go on a road trip to track down his old flame. Oh yeah, they also just happen to be sentient zombies and are on the run from the government. 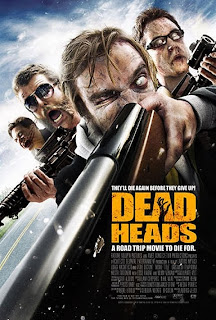 I had some fun with this movie. It invests a lot into its main characters, giving it a surprising amount of heart. The movie is really a buddy comedy first, and a zombie movie second. It was certainly a peculiar angle to take and the only reason it works here is due to the great cast, especially Kidder. Brent's energy is infectious and he keeps the movie upbeat, even in the stretches where it should be losing steam. Also of note, is the scenery-chewing Benjamin Webster, who plays McDinkle and is so efficiently distasteful, that by the end you can’t wait to see him get his comeuppance. 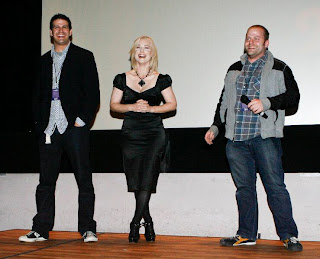 Actors Marcus Taylor, Natalie Victoria & director Brett Pierce.
The plot is pretty thin, and the reasons for why Mike & Brent are different from the rest of their kind are kept fairly vague, but in the end I guess it didn’t matter. Deadheads is more Wright than Romero, so as long as you know that going in, you should have a good time. I found it similar to the 2004 German zom-com Night of the Living Dorks, which played TAD's inaugural year. They were both entertaining and titles I'll look back on fondly, but am not likely to revisit.
The second of the two flicks, was the more somber tale War of the Dead. 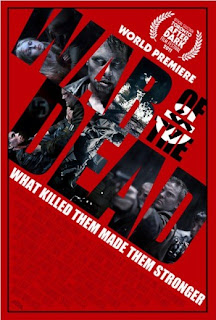 A band of American & Finnish soldiers on a secret mission behind enemy lines, come across a regiment of enemy troops zombified by the SS.
This should’ve been a good movie – I mean, Nazi zombies, right? – but unfortunately, it was not. I’ve never fallen asleep in a theatre, but I must admit I had trouble staying awake through parts of this. Apart from the cool idea, there is very little either fresh or interesting here. The character development is minimal, and the confusing dialogue made it difficult to discern who was actually in charge of the unit. War of the Dead had some decent action in it, but it all got very repetitive after a while. I’d liken it to playing the zombie levels in Call of Duty.
Having said all that though, the movie would've been tolerable if it delivered on the gore, but it didn’t even do that! It's a disappointing waste of an opportunity. It reminded me of the first Underworld movie. You had this awesome dust-up between vampires and werewolves – sorry, Lycans and Death Dealers – and then they spent most of the movie shooting at each other with machine guns. But hey, at least it had Kate Beckinsale. 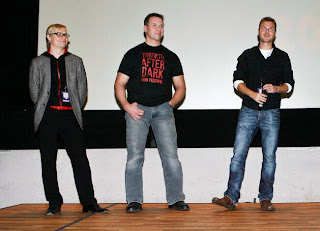 Cinematographer Hannu-Pekka Vitikainen, actor Jouko Ahola & director Marko Mäkilaakso.
I will say that War of the Dead is at least well made and fully capitalizes on its Lithuanian locale. The film also boasts solid costuming and sets that were all built from scratch. I give props to the filmmakers for sticking with the project through its many years and iterations, but I’m afraid it did very little for me.