On Monday at midnight, the time finally arrived to catch John Carpenter's The Ward. It is his first film in nine years, and it has been even longer since he has done straight-up horror. 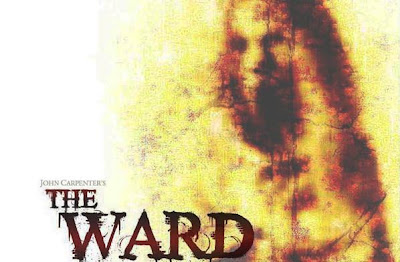 When Kristen (Amber Heard) is admitted to a mental asylum after being found outside a burning house, she quickly becomes aware there is a malevolent force in there with her. When her fellow inmates start disappearing, she plans an escape to avoid becoming its next victim.

There is a lot to like in The Ward. It is as Carpenter put it, “an old school horror movie, made by an old school director” and he is still the consummate craftsman. It is very rare, and still frankly refreshing, to see a horror flick with an almost solely female cast. I think 2005's The Descent was the last time and its now legendary status was in no small part due to that. Amber Heard, already Madness alumni after appearing in All The Boys Love Mandy Lane four years ago, does a great job carrying the piece and it was nice to see Lyndsy Fonseca and Mika Boorem appear, as well. We should all be appreciative that Carpenter is of a breed that still favours practical effects. There is very little CG here, and the gore effects are provided by the artisans at KNB EFX. 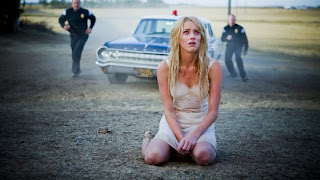 I'm sure a lot of people will go off on the ending, but it didn't really bother me. Though it may not be entirely original, I think it fit the context of the film. Carpenter went for it and without an exclamation point, the conclusion may have ended up being as dull as Vanishing on 7th Street's a few nights ago. I also might point out that I didn't see it coming, which meant I was in the narrative and not far ahead of it, like my experience with Julia's Eyes.

In the end, I think it may have been a little too old fashioned. Though Carpenter is still adept at what he does, there was not a lot in The Ward that we haven't seen before. I'm just glad it didn't suck, because after Ghosts Of Mars... Who knew? I think my biggest disappointment was that Carpenter was not able to show for the screening, but he did forward a video introduction.

The excuse of jury duty is a hard pill to swallow, but it is what it is. The Ward didn't rock my world, but I would say that it is his best film since 1995's In The Mouth of Madness.

Here below, is some video from the red carpet taken by my friend Robert Mitchell.

Great to hear it didn't suck. I can forgive Carpenter for being 'old school' if he still has the ability to remind me of the films I admire him for. By the sounds of things I'll enjoy this one. And that's one good-looking cast!