It's All A Little Hazy Part 2

With our bellies full of chili, we moved from Devil Times Five onto the second feature of the night’s double bill, an old Canadian TV movie called The Tower. This was an eighties relic – snapped up last time I was at Eyesore – made by a company called Emmeritus Productions, who made a bunch of movies for Canadian television during that magical decade. 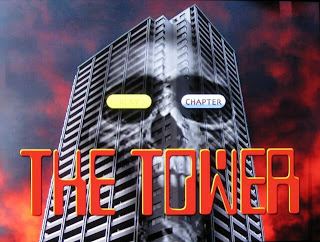 LOLA, an office building’s security system powered by the body heat of its occupants(!) goes haywire and starts sucking the life from the unfortunate people trapped inside.

Here is what I recall, as everyone still in attendance, was fading fast by this point.

I remember the production value being astonishingly minimal. It made your average soap opera look like Dreamworks.

I remember the term “BTU” being used a LOT. Like the most ever. 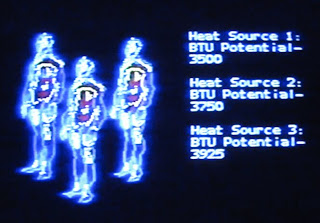 I remember the actors occasionally slipping into their accents, resulting in lines like, “We have to find a way oot.”

I remember thinking that the filmmakers ripped their visual effects from Dr. Who.

I remember the girl in the yellow bikini. 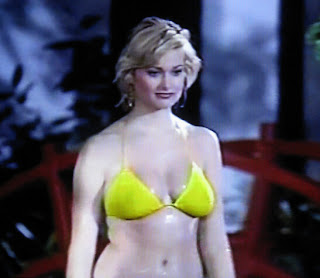 Then I remember wondering how it was that she was going out with the security guard – the Bruce McCulloch of nightwatchmen.

I remember the location suddenly switching to a strip club… for like, half-an-hour. 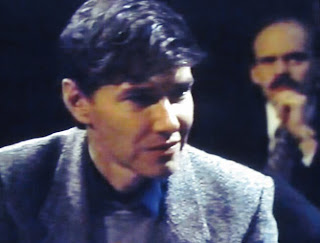 And then to an apartment, or rather a hotel room dressed to look like an apartment. You could actually overhear the conversation happening next door coming through the wall.

But, most of all I remember thinking the movie felt like it was three hours long. Even if you took out the scenes of people wandering around the building halls and staircases, it would still feel overwrought. Yet, because it is SO eighties and SO Canadian, I can’t help but feel somewhat endeared to it. 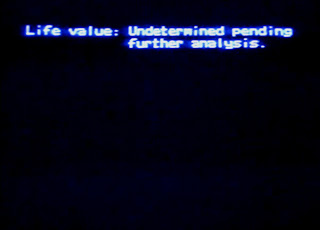 Ain't that the sad truth.

So, you know what that means? Chalk up another successful movie night!
Posted by Jay Clarke at 10:03 AM

Oh yeah ... I have a distant memory of this rare movie , possibly due mainly to the blonde beauty in yellow bikini, Zuzana Struss , which I probably safe from being disintegrated in that terrible building to end up being disintegrated at home or somewhere since it never was seen again in any other movie that I remember and almost no data from it on the Internet, unless his participation in this movie. Moreover say that in 1993 they filmed a new version made ​​in USA , with more budget but less original ideas. Thanks for remember it!