A movie that I had been waiting for – and had spoken of at length here at THS – was Jake West's newest project Doghouse. It released in the UK in June and I was sure that it would play at least one of the festivals around here. That never happened though, as After Dark, TIFF and most surprisingly Fantasia, all passed on it. So, having to take matters into my own hands, I finally saw it last week. 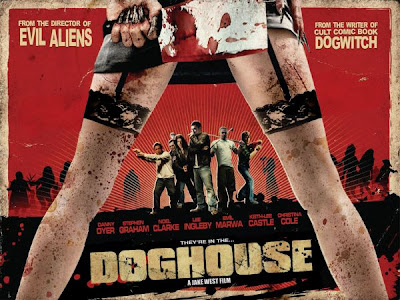 A bunch of men travel to the English countryside with their newly divorced friend Vince (Stephen Graham) for a guys' weekend. Once they arrive at their destination, they find a virus has turned all the female inhabitants into man-eating zombies.

It crushes me to say this, but the unfortunate reality of the situation is that Doghouse just isn't very good. There are points where it is clearly supposed to be a comedy, but isn't funny and conversely points where it is supposed to be horror, but isn't scary. I liken it to Dark Castle's 2001 effort 13 Ghosts. If the rest of the production was as good as its creature designs, then it would be something to behold. That's what drew me to the project – that and it was done by the director of Evil Aliens – in the first place. 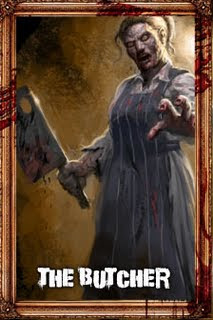 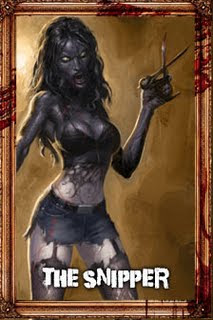 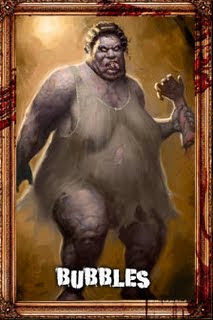 As you can see, they are the best part of the piece. My favourite was The Snipper, played by Emily Booth. I really wish they'd given her more to do though. Considering the talent involved, with the likes of Danny Dyer, Stephen Graham and Noel Clarke, it is really surprising how many of the jokes fall flat. I KNOW these guys are funny because their antics in Severance, Snatch and Dr. Who respectively, gave me many a chuckle. So why didn't it work here? Your guess is as good as mine, but Doghouse is a definite swing and a miss.

Another negative is that I really didn't care about any of the characters. I understand that they are supposed to be a bunch of fuck-ups, but they are as such that I felt nothing when they started getting killed off. That can't be what West had intended. It really surprised me by how mundane it was. West's last theatrical feature Evil Aliens had the same – if not higher – level of absurdity, yet there was an energy to it, that was sorely absent from Doghouse. And the rotten cherry on top is that West decides to end his movie in the most ridiculous manner possible. I suppose it fits with the uselessness of the characters, but as a viewer it justs seems kind of retarded.

Doghouse was a disappointment, but considering how it had been ostracized from the festival circuit, I guess the writing was on the wall. It's not a total loss, for there were glimmers in it, but too few and far between. It's a classic case of the whole not being anywhere near the sum of its dismembered parts.
Posted by Jay Clarke at 10:14 AM