Earlier today, Midnight Madness mastermind Colin Geddes announced this year's crop of titles.  I was very happy to see that he has stacked his lineup with some promising horrors ranging from the brutal to the bizarre. Here below, be the goods.


It is a big year for returning alumni, as we have a trio of directors making their triumphant return to the midnight stage.


Two time Midnighter - his faux snuff doc S&Man played the Ryerson in 2006 & his horror western The Burrowers a few years later - JT Petty returns with Hellbenders. It stars Clancy Brown and features a group of holy men fighting the forces of evil, Ghostbusters-style. 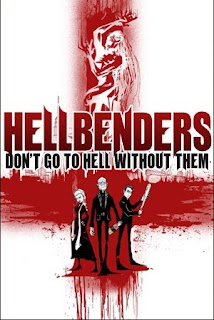 Eleven years after he wowed Midnight audiences with his hyper-violent zombie-action flick Versus, Ryuhei Kitamura - his 2002 flick Alive also played here - comes back with a thriller called No One Lives.  This survivalist horror promises a no-holds-barred assault and stars America Olivo and Luke Evans. 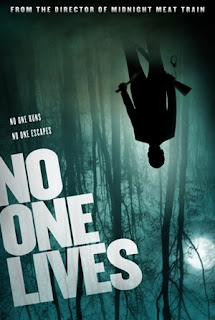 Don Coscarelli, who brought the house down with Bubba Ho-tep in 2002 brings his new festival darling John Dies At The End to town.  Based on the best selling novel by David Wong, about a strange drug called Soy Sauce and its transcendental effects stars Chase Williamson, Rob Mayes & Paul Giamatti. 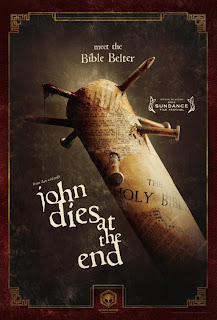 Perhaps the most anticipated horror title in the Midnight lineup is Rob Zombie's newest, The Lords of Salem.  The footage online is very intriguing and it looks like Zombie has put Halloween behind him, and is getting back to what he does best.  The film has a list of genre vets as long as my severed arm, so hopefully some of them will be on hand for the screening. 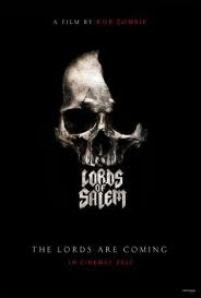 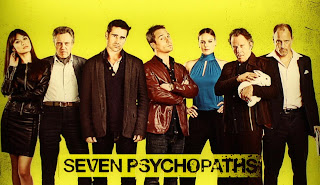 Chilean director Nicolás López brings his new disaster flick Aftershock.  Based on true events of the earthquake that devastated central Chile in 2010, the film stars an ensemble cast including horror maestro Eli Roth, who coincidentally will be celebrating the ten-year anniversary of his debut Cabin Fever, at Midnight Madness. 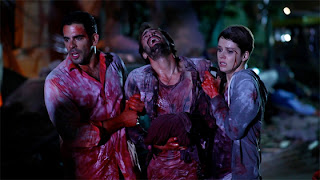 The other anticipated titles on the schedule are Barry Levinson's newest The Bay, Mexican killer kiddie thriller Come Out and Play, the horror super anthology The ABC's of Death and Pete Travis' reboot of Judge Dredd.


On paper this looks to be the best Midnight Madness in years, so I hope to see you at the Ryerson come September! To find out more, check out the official site, by going here.
Posted by Jay Clarke at 12:30 PM