Good afternoon! As of today, my “working” vacation in Montreal begins. I’ll be attending the first five days of this year’s edition of the Fantasia Film Festival while I’m there, as well as a few other event goodies. You can expect my Fantasia posts to begin rolling out next Monday, but in the meantime, I’ve got a new edition of Netflix Pix for you.

It’s been a while since I’ve done one of these, and Big Red has been adding some decent genre titles to its Canadian catalogue’s ranks in the interim. Here’s a quick trio of films that are definitely worth a look. 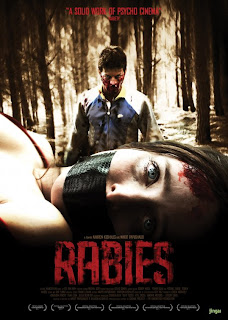 I liked Rabies because it took a fairly stale subgenre and made it unique by implementing one little twist early on. What if the “killer” was taken out of the equation fifteen minutes in? How would his victims deal with being stranded in the forest? The usual logic leaps are still present unfortunately, but the freshness of the idea was enough to get me over a lot of those humps.  And hey, how often do you get to see an Israeli slasher film? 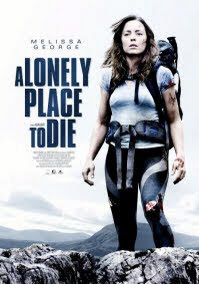 Coincidentally, I saw A Lonely Place to Die at last year’s Fantasia. While I’m the first to admit the build up is better than the payoff, I still feel this, for the most part, is a taut little thriller. The action sequences really pop and Melissa George is totally believable in a very physically demanding role. 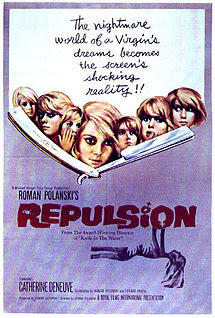 Yes, the classic Roman Polanski film Repulsion is now on Netflix. Catherine Deneuve shines as a unstable young woman, who, after being left alone by her sister, slowly begins losing her mind to crippling hallucinations. Say what you will about the man, but as an artist, Polanski was a visionary, ushering in the “psychological horror” genre that we know today. After Repulsion and Rosemary’s Baby three years later, the landscape of horror films was forever changed.

Okay, that's all for now.  Have a great weekend everyone, and see you next week!
Posted by Jay Clarke at 7:00 AM

Don't forget that the stunning Zombie Apocalyse starring Taryn Manning and Ving Rhames is up on Netflix too. A must see for all direct-to-TV SyFy fans.