TIFF has come and gone this year. Obviously the last few years have been hybrids, but this edition was as close to being as normal as it could be. The Midnight Madness program itself however, is still in a state of flux after being ousted from its home at the Ryerson Theatre.

When I heard this year's screenings would take place at the Royal Alex Theatre I was a bit concerned. Not only was it not a movie house (they literally had to install the screen for the fest), but how were the sightlines gonna be? The Bloor was basically ruined after their renovations so how was this going to fare? Add in some Ticketmaster fuckery that led to me not being able to pick seats in anything other than the front row (some TIFF screenings are assigned seating now) and I was downright worried. 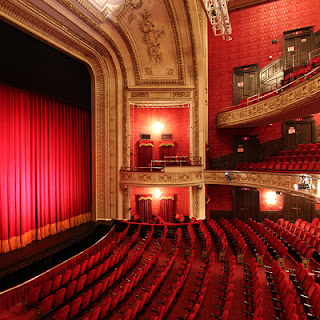 It turns out it was much ado about nothing because front row actually worked out great. The screen was placed deep into the stage and was the perfect size for how far I was in relation to it. I can't say the same for the peeps in the back and the balconies, but for me it was all good. It also got me closer to Mia and Ester, but more on that later. I saw a total of five midnights over the course of the fest and here's the skinny; 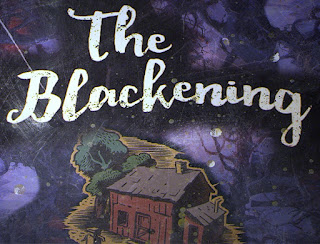 First up was Tim Story's The Blackening. Based on a popular YouTube sketch, the premise is simply, “If the black character dies first in a slasher movie, what happens when the entire cast is black?” This movie was really funny and crowd was into it. It's the kind of comedy where you miss stuff because the ambient laughter is drowning out the subsequent jokes. I definitely recommend for those who like horror spoofs that are a little more refined than the Scary Movie series.

Next up was Sick. Written by Kevin Williamson, I would definitely say that this is Scream-adjacent. This is the first slasher I've seen to take place during the Covid era and it uses it well. I liked the lead actress Gideon Adlon, she had a Monica Keena-vibe to her. Although this was likely my least favourite of the '22 MM crop, the lengthy chase sequence was a standout. 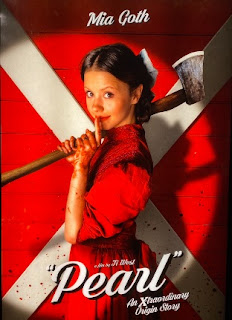 Day five of the fest brought my most anticipated screening of Ti West's Pearl. I thought X was a nice surprise - the '22 TCM we deserved - and this was a fitting companion to it. Mia Goth was stellar in this, just completely unhinged and my vote for performance of the year.

I loved how West leaned into the era in which it was set. Where X was a grimy, sweaty love letter to the 70's, Pearl is a boisterous ballad to Hollywood's infancy. Once you clock into the kind of movie West and Goth are making here (much like this year's Orphan: First Kill) you can really revel in the ride. With it being set in 1919, there was also some clever play with our parallel pandemics. And marketing was kind enough to hand us Pearl handkerchiefs on our way out.

And to top it off, after the credits rolled and that MaXXXine stinger played, the crowd lost their fucking shit. 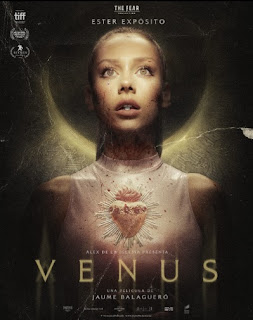 Later in the week was the dream pair of Jaume Balagueró (REC) & Álex de la Iglesia's (Perdita Durango) newest offering, Venus. Basically part-crime, past-haunted house, part-cosmic horror, I really enjoyed this one. I can admit to having a bias because the lead Ester Expósito was absolutely scorching.

I'm not lying when I said I was actually having trouble reading the subtitles because it meant I had to take my eyes off her. She's just one of those women where it seems like there is a beam of light shining down on them from above. So I'm a fan. Other than that, there is some good gore and a handful of solid set pieces.

Last on the list was the latest in the V/H/S series, '99. I enjoyed the last iteration and the good thing about anthologies is if you're not digging the story, you got a new one coming up right behind. Fortunately, V/H/S/99 was particularly strong with high points being Flying Lotus' dark and disgusting take on 90's Nickelodeon game shows, Joseph & Vanessa Winter's literal foray into hell and Johannes Robert's entry definitely took home the prize for most intense audience reaction.

It was a fun week and I wouldn't be opposed to MM staying at the RAT (love that acronym!). Stay tuned tomorrow where I run down what happened at this year's Horror-Rama.