Frank Laloggia's Fear No Evil is another thirty-five-plus year old revisit, likely since the early days of First Choice. 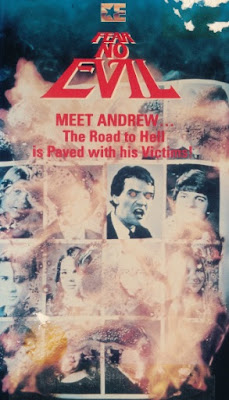 The thing that struck me right away was the soundtrack. Fear No Evil's first two acts are busting with punk and new wave tunes from the likes of The Boomtown Rats, Talking Heads, Patti Smith and The Ramones. It would be the kind of movie in the nineties that made its money back on record sales, but I don't think that was the intent here. I think the production just had Avco money to blow on hip music.

Literally the only thing I remembered from my first watch was the dodgeball scene. That still rocked, but then everything after that became a bit of a slog. Fear No Evil seems to struggle with two identities, it starts out as a high school centric horror with the kid discovering his powers ala Omen 2, but then takes a turn into bizarro religious end of days calamity. The climax is set at a Passion Play on the beach where the guy playing Christ actually gets crucified (via devil powers I guess) and the living dead randomly show up.

I could just hear the producers saying, hey, this third act is a snoozer, how do we spice it up? I know, zombies! For reals though, I had to re-watch that last half-hour because I dozed off. And even the second time around, it was like cinematic tryptophan.

Oh, one thing I didn't pick up on when I was a kid was that this movie is kind of the gayest movie that ever gayed. Like, it makes Freddy's Revenge look cis by comparison. I'm assuming the director was working through some shit. Cool, you do you. Wasn't so much a fan of the animal sacrifice with the really real looking dog prop though. 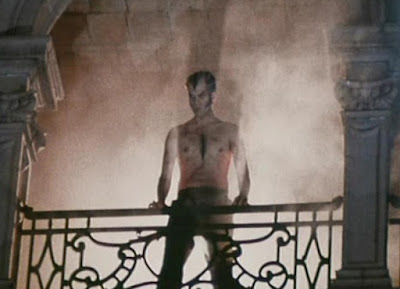 Fear No Evil feels like a really meandering version of the first couple of Omen films. I would instead  recommend watching Laloggia's other film Lady In White, as its far more assured and engaging.