With the upcoming Dario Argento retrospective coming up at The Revue, it seemed fitting to watch one of the few titles in his filmography that I had not yet seen. 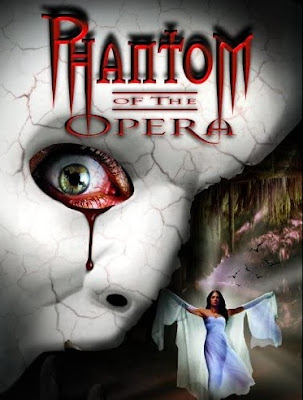 A man (Julian Sands) raised by rats and living in the tunnels underneath a Paris opera house becomes infatuated by a young understudy named Christine (Asia Argento).
Don't ask me why I never got around to seeing this movie until now. Probably the same reason I haven't watched his version of Dracula. Because most people say it is ass. However, if I had known the Phantom was raised by sentient rats, I would have imbibed sooner. Phantom of the Opera ain't that bad.
I was surprised by the budget of this picture, as it looked like it may have cost the most out of Dario's entire catalogue. That wide shot of the packed theatre was pretty impressive and set the tone. Seeing Ennio Morricone's name in the credits was a nice perk, and the opera pieces in the film really classed things up.
The pacing, at least for the first two acts, was pretty good. Every time it started to get up its own ass, Dario would have the Phantom rip out a would-be thief's tongue or disembowel a filthy pedo. He's the hero for most of it, until he gets all creepy with Asia. I forgot about the unfortunately high percentage of her being ravaged in her father's movies. Oh yeah, then there's that rat catching machine...

This was Argento's period piece and it felt pretty authentic, except for that note passed to Christine that looked like it was written on paper bought at Staples. He also adds some additional flourishes like Christine and the Phantom's shared telepathy and him not wearing a mask - despite the poster. Can't cover that money moneymaker! And, there's that scene in a brothel for the requisite T, A & even D.
Phantom of the Opera is definitely in the bottom half of Argento's filmography, but it's still a nice looking and competent telling of a timeless tale.
Posted by Jay Clarke at 8:00 AM