I recently became aware of Andy Mitton's work, first at this year's Fantasia with his new Covid-set chiller The Harbinger and then his previous haunted house tale Witch In The Window so with this penultimate slot available, it made sense to finally explore his debut. 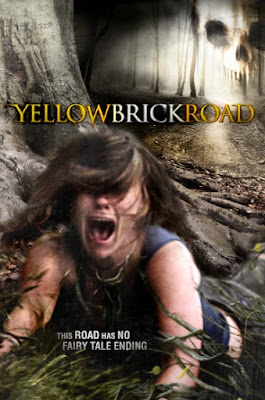 In 1940, the inhabitants of a New England town all walked into the nearby wilderness never to be seen again. Almost seventy years later, an new expedition of researchers sets out to solve the mystery.

I enjoyed the story and lore of YellowBrickRoad. It's kind of a mash-up between The Blair Witch, the real legend of the Dyatlov Pass with a bit of The Shining thrown in for good measure. This movie also reinforced the absolute pervasiveness of The Wizard of Oz - first realized by me upon seeing the mesmerizing doc Lynch/Oz - on filmmaking as a medium.

YBR possessed some solid atmosphere, mainly brought on by the remote location and the increasingly eerie carrot-on-a-stick cacophony from beyond. Though the narrative and escalation is fairly standard, the actors were strong enough to keep me engaged. Also, a young Robert “The VVitch” Eggers did the costume design on this. The back story of this movie does sound like his bag for sure and I wager he  was taking notes on filming in the boonies.

I did think that the death scenes were a little clumsy - umm I don't think legs just come off like that - and there were some issues with pacing. It's one of those movies were it looks like things are winding down, but in actual fact there's still fourty-five minutes left so the movie ends up taking longer to resolve itself than it should. 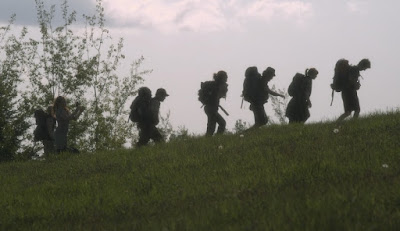 This all may just be an unfortunate side effect of watching a filmmaker's catalogue in reverse order. His newest film The Harbinger is a much tighter and assured piece of work. When you compare the execution of the set pieces, it's like night and day.

Regardless, this was a good starting point. Though the end of the YBR was a bit of a letdown (much like Dorothy must have reacted when she first saw behind the curtain) the lore and mood were enough to make it worth watching.